Proves that all of us are ultimately alike, united in absurdity. 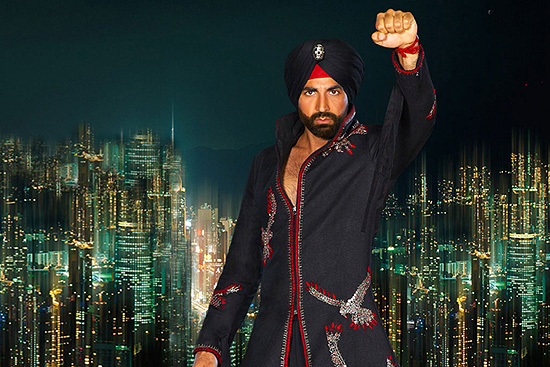 The biggest achievement of Singh is Bliing is the effortless way in which it unites the north and the south of India. Under Prabhu Deva’s tutelage, the loud humour and melodrama that we have come to associate with the mainstream Telugu and Tamil cinema fits rather well with the raucous rowdies of Punjab. Proving that all of us are ultimately alike, united in absurdity. Why, Prabhu Deva even choreographs an elaborate song-n-dance number, completely south style, but with sardars. A lot of them in fact. Now, if only all that noise and boisterousness could also make us laugh. There is little to raise a chuckle, unless you find it incredibly funny when a character called Emily is referred to as Imli.