Sins Of Our Fathers

Just 10 months in, Akhilesh Yadav is already the ‘majboor’ CM 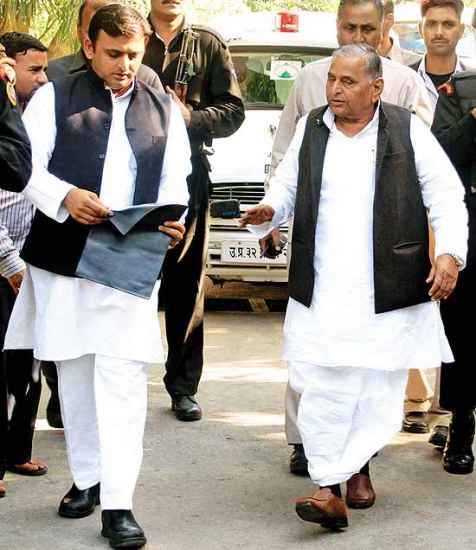 He’s not even a year into office, but there’s already talk that Akhilesh Yadav has quite lost the UP plot. The assessment on the ground is that in the event of a snap Lok Sabha election, the SP will see losses and the BSP will regain ground. What’s significant is the change in mood in the nation’s largest state: many fence-sitters who voted the SP into its thumping victory (224 seats in a House of 403) now regret the decision, as law and order deteriorates, a goonda raj rules, and the CM seems to have little control. UP is a mess and there will be a political price to pay.

It seems like much water has flown down the Gomati since a 38-year-old chief minister was sworn in, one who, unlike his father’s rustic Etawah wrestler background, had even acquired a degree in environmental engineering from Australia. His simplicity, accessibility and above all honesty appeared to create an aura around him. His firm snub to dreaded mafia don-turned-neta D.P. Yadav added to the image. Akhilesh was seen as the Yadav scion who would finally turn the page in the history of the Samajwadi Party. His 10 months in office, though, have put paid to many of these hopes.