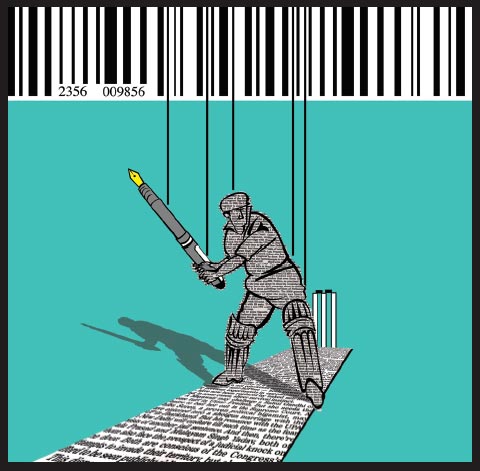 As well as watching matches, foreign reporters covering the cricket in India have an opportunity to sample the fare provided by their brethren in the local media and to observe developments as this country confronts its caricature and changes its reality. By and large, it has been an invigorating experience. However, the media hasn’t emerged unscathed from the liberation. Plain as day, it faces the formidable task of combining the trashiness of celebrity culture and the deification of the individual with its traditional role as the eyes and ears of the nation. As far as cricket is concerned, the strain is showing.

Even the best journalists seem to be fighting back a tidal wave of chit-chat. This country has produced as many fine scribes as cricketers. It is not discreet to mention names. Over the decades, respect for elders and a love of words and cricket have underpinned the coverage. Spare us from the cold hand of cynicism. Of late, though, a new breed of talented young writers has emerged as India ditches deadening hierarchies and embraces the gift of youth. But they are finding it hard to sustain seriousness as the shallow run riot. India has a lot of heavyweight thinkers called upon to do lightweight things.