How will the Bellary Reddy arrest play out for the BJP? 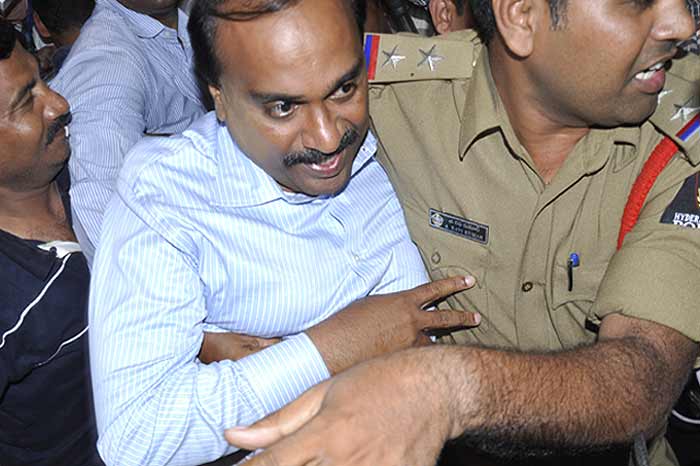 On August 26, nine days before his arrest by the CBI, Gali Janardhana Reddy met wellwishers for a free-wheeling chat on his political future. The meeting, held at the Obulapuram Mining Corporation (OMC) office in Bellary, began at 10 in the night and lasted for over three hours. During the the meeting, Reddy is said to have expressed “extreme disappointment” with the BJP’s top leadership. He felt “used” and “betrayed” and was bitter about senior leaders like Nitin Gadkari, L.K. Advani and B.S. Yediyurappa. Former ‘godmother’ Sushma Swaraj too wasn’t spared.

Reddy was particularly cut up with Sushma. He said he’d realised her “true nature” way back in ’06 itself when she had come to attend the annual Varamahalakshmi puja in Bellary. The BJP-JD(S) coalition government was in place at the time and Reddy by then had made his Rs 150-crore bribe allegation against the sitting CM, H.D. Kumaraswamy. All through the day, Sushma apparently attended various functions with Reddy but didn’t speak a word or make eye contact. He had felt miserable the way she ignored him. But later, she sent for him at the guesthouse and, when he arrived, chided him for making the bribe charges against the CM. Then she gave him hurried lessons in politics and, before packing him off, spoke of how she was sidelined in Haryana politics for nearly a decade for taking on the veterans there.