Soaking In The Acres 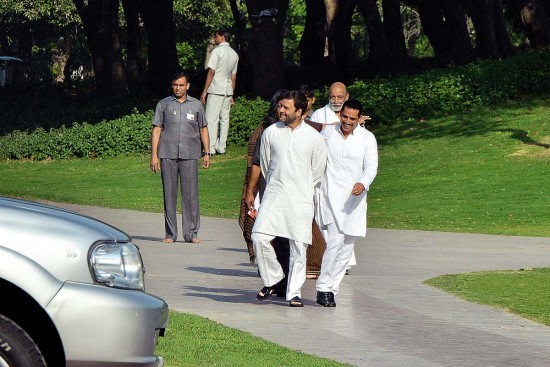 Deal Or No Deal

A day after the Haryana government notified the Justice (Retd) S.N. Dhingra commission of inquiry to probe the Vadra land deals, Ashok Khemka, the IAS officer who had cancelled the deal despite political pressure, tweeted: “Imagine F1 champion obtaining his driving licence by transfer from some other driver and that too at several times its official price.” The F1 champion he is referring to is DLF and the other driver is Robert Vadra, son-in-law of Congress president Sonia Gandhi. Why should DLF, best qualified in the region in terms of financial and technical capacity to obtain a colony licence dir­ectly from the town and country planning department, choose to buy it from Vadra at seven times the price? The core question is: did it involve quid pro quo? Did DLF get something from the then Congress government of Haryana for involving Vadra in the deal as a middleman and buying a licence from him, all­owing him to reap a huge profit?