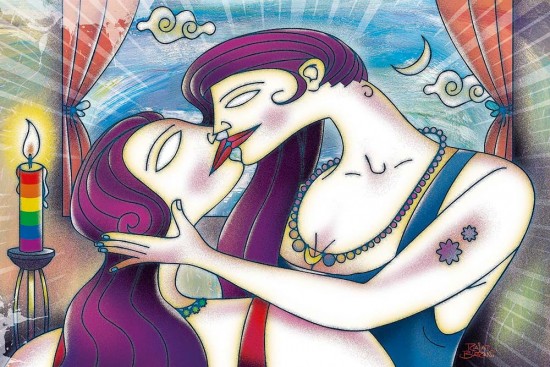 Love lies in the eyes of the beholder. This is true as much for heterosexuals as for homosexuals (men and women), as also those with different sexual orientations. However, for centuries, even as several kinds of des­ires, attractions, and sexual activities existed within different civilizations, either hidden or open, a mindset was constructed to distinguish between what was natural and unnatural, biological and constructed, moral and depraved.

People were hunted down, banis­hed from societies, imprisoned, staked, and killed for acts and emotions that were deemed to be against nature. Spiritual gurus, religious crusaders, scientists, philosophers, moralists, civil society pioneers, and policy makers ganged up to cap a social behavior, or eject it completely. The choices of those who weren’t ‘straight’ were nipped in the bud. Those flowers never bloomed, or hid in the dark, away from sunlight.