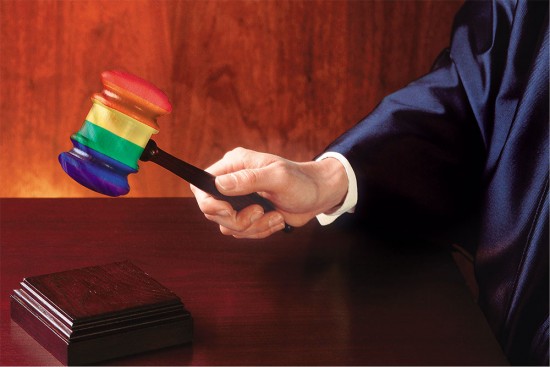 Going by past experiences, the law can be a hindrance as well as help. For the LGBTQ community, the hindrance was the almost 150-year-old law, which pronounced them un-convicted felons. Section 377 of the Indian Penal Code had prohibited them from acting on the love that they felt for someone of their own sex. The odious section has now been cast aside by the progressive judgment of the Supreme Court in the case of Navtej Singh Johar. The community, however, is still disempowered and is now looking to the law to help end discrimination against it.

But before the law can be used to end discrimination, the discrimination that has been written into the law itself must be addressed. The most obvious place where the community faces legal discrimination is in the matter of personal laws, for instance, those related to marriage, adoption and surrogacy. Though the language of the Special Marriage Act, 1954, simply says that marriage is between two persons (and hence appears to be gender neutral), it is the common understanding that marriage is available only between a man and a woman, and same-sex marriages are not recognized by the law.

Same sex marriage is not an idle plaything whose only purpose is for privileged couples to have expensive ceremonies. Marriage is a solemn contract, which has immense legal implications. A married couple is taxed as a unit, and thus enjoys benefits. A spouse often receives retirement benefits upon the untimely demise of the partner. Access to medical health, as well as medical insurance, is also offered to married couples, and not to same-sex partnerships. Simple things that are taken for granted by heterosexual couples, pose a challenge for the gay ones.

Most importantly, the provisions related to divorce, settlement and alimony also lend permanence to the married couple. The requirement of a cooling-off period before divorce ensures that a couple does not tempestuously divorce. Muslim law has also been recently reformed through the abolition of the instant triple talaq. Marriage thus is not merely a case of the society giving its moral approval to the relationship. The agency of the law recognizes the sanctity of marriage and does its utmost to preserve it. When faced by a society, which already devalues a gay relationship and undermines the love that LGBTQ people feel for each other, the lack of gay marriage ensures that members of the community find it hard to sustain stable, committed relationships. 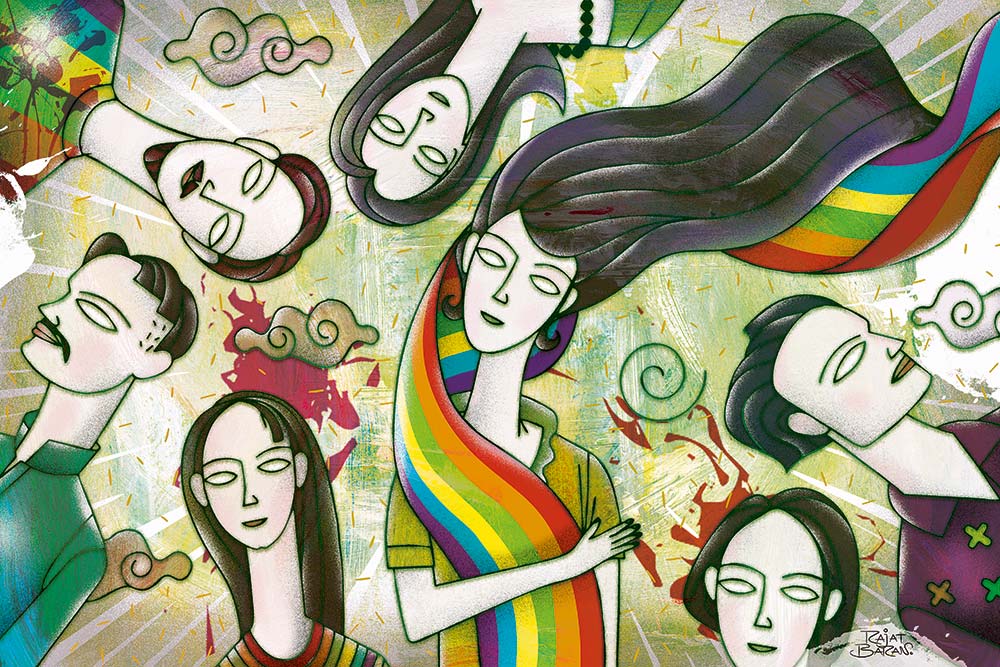 Cases have been filed, most recently in the Kerala High Court, seeking the recognition of gay marriage. The doors of the Court have been knocked on in the hope that the corridors of justice would lead to the constitutionally-promised utopia – dignity, equality and fraternity. Some progress has already been made. The Madras High Court has ruled that a marriage between a man and trans-woman is valid as per the Hindu Marriage Act. The matter will eventually travel to the Supreme Court, which will rule on the issue of gay marriage, but it is virtually impossible to predict when a final decision either way will come.

One’s sexuality and gender is too private a matter to be outsourced to local officials like DMs. Rights under Article 14 are not applicable against private entities, like landlords and employers

Even if marriage is ever legalized, another facet of a couple’s life together may yet remain unfulfilled. The desire to have children is a natural human phenomenon. In the case of a homosexual person, this is often possible only through adoption or surrogacy. Unfortunately, there have been two recent interventions that may hinder the ability of a homosexual person to have a child. It has been a case of a step forward and two steps backwards.

In cases of adoption, while a single person can adopt a child, a homosexual couple cannot jointly adopt a child. In the case of surrogacy, the Surrogacy (Regulation) Bill, passed by the Lok Sabha, permits surrogacy only for an infertile married heterosexual couple. These laws make it impossible for a homosexual couple to jointly raise a child together. The Surrogacy Bill has been referred to a select committee in the Rajya Sabha, so there is still hope that the provisions of the Act might get diluted.

The law actively discriminates against LGBTQ persons in virtu­-a­lly every matter of their personal life and relationship. Yet, when faced with sundry other forms of discrimination, LGBTQ persons have no right but to turn to the law for recourse. Prejudice and open hostility is often at display against the queer community – for instance, in matters of employment or accommodation. Queer people are afraid of coming out at work because their sexuality can be a reason for being fired or denied a promotion. Similarly, in many housing societies, queer people are not given tenancies simply because they are of an alternative sexuality. In these situations, people try to fight a legal battle by claiming the right to equality enshrined in the Constitution.

The right to equality, contained in Article 14 of the Constitution, is often cited to suggest that the egalitarian promises contained in the preamble have been enshrined into law. This is a misconception. This right is only available to a person when some governmental authority discriminates against her. It is not available when a private entity, like an employer or landlord, acts in a blatantly prejudicial manner.

Private acts of prejudice have to be dealt with by law framed in that regard; some kind of a civil rights act that prohibits discrimination against persons based solely on their sexuality. In fact, these acts of private prejudice are equally unchallenged in cases of discri­mination on the ground of caste or sex. Seven decades after the Constitution has been brought into force, the Parliament has not thought it fit to bring legislation prohibiting discrimination against a citizen in matters of employment. It is time that disadvantaged groups – women, sexual minorities and people of oppressed castes get their due.

Unable to get married, to have children or even job security, possibly the unkindest cut of all has been dealt to the most disempowered of the LGBTQ community – the trans-community. A truly rainbow judgment had been delivered by the Supreme Court in 2014 in the NALSA case. The Court recognized the existence of the third gender and directed that all public authorities do the same. A slew of directions, including for providing of reservations in matters of public employment, were passed. But Parliament has recently enacted the inappropriately titled Transgender Persons (Protection of Rights) Act. Section 3 of the Act prohibits discrimination against a Transgender person in matter of employment, education and accommodation. The stinge, however, lies in the tail. The Supreme Court had held that a transgender person can determine their gender for themselves, in a manner of self-identification. The Act on the other hand requires that this determination has to be made by way of an application to the District Magistrate who will issue a certificate. Imagine a situation where a person, facing tremendous societal opprobrium, comes out as a trans person only to have their quest for gender denied by a District Magistrate. One’s sexuality and gender it too private a matter to be outsourced to the local bureaucracy.

The discrimination exists in society as well. The battles to attain full citizenhood are likely to be long and hard. While Parliament is unlikely to step in, the Courts are expected to deliver the promise of equality enshrined in the Constitution. Changing society, on the other hand, is not as simple. Even so it is necessary to change perceptions because legal changes will happen more readily once society changes. Judges are not residents of ivory towers completely divorced from the society they live in.