Socrates And The Separatist 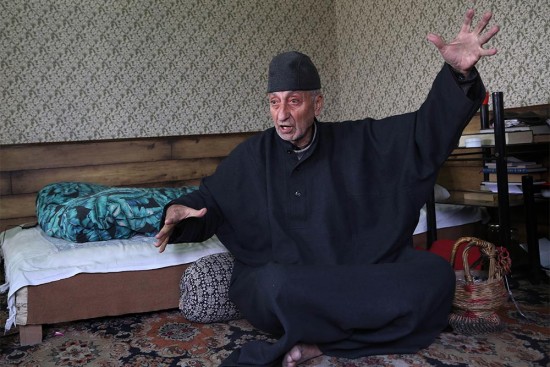 On a Saturday morning, ­Abdul Gani Bhat is sitting in the Muslim Conference’s office at Jawahar Nagar in Srinagar wearing a pheran, with many of his admirers and workers listening to him intently. Bhat likes to speak in a philosophical manner, often quoting Rumi in between conversations. But in his conversation with Outlook, he is more straightforward. Keeping aside a book on Shams-i-Tabrizi, Rumi’s spiritual instructor, he says, “We (separatists) have our sincerity, while the pro-India politicians have brains. The clash is between sincerity and brains. And, obviously, those who have brains will win here.”

The 81-year-old leader adds, rather ­regretfully: “If we cannot turn situations into opportunities, then we betray our sense of relevance to the situation. We went wrong in 2008 and 2010, and I am afraid we may be repeating the mistake in 2016.”