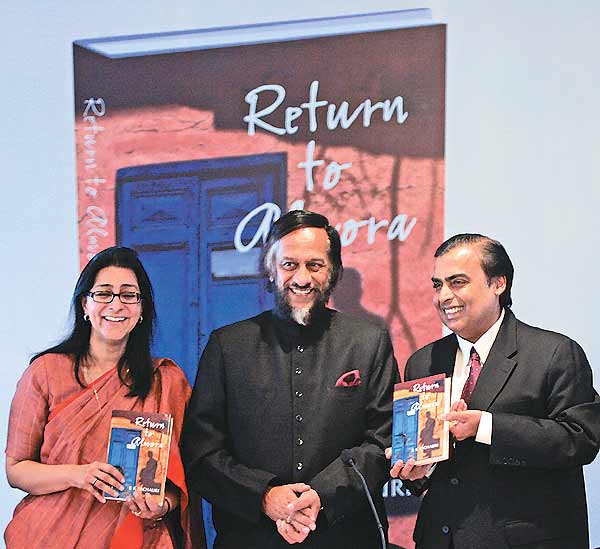 Doesn’t influencing climate policy while heading TERI lead to a conflict of interest? Why aren’t you stepping down as chairman of the Intergovernmental Panel on Climate Change? Those are the kind of questions thrown at Dr R.K. Pachauri these days. However, what readers of his just-released debut novel, Return to Almora, might want to ask instead is: where did this engineer and UN technocrat learn to turn on the heat?

If rising temperatures are the basis for the climate debate, sex is the basis for Pachauri’s novel. In the very first chapter, an American woman undresses and slips under the sheets and demands of Dr Sanjay Nath, the protagonist, “It’s cold, Sandy. Come and keep me warm.” And so he does. Then on, there is scarcely a chapter that does not contain a steamy scene. For example: “He removed his clothes and began to feel Sajni’s body, caressing her voluptuous breasts. He felt very excited, but wanted to enjoy exploring her body before he attempted to enter her. But suddenly, it was all over.” And later, when Sanjay is teaching women yoga, he enjoys “the sensation of gently pushing Susan’s shoulders back a few inches, an action that served to lift her breasts even higher”.