Sometimes, Silence Is Too Loud 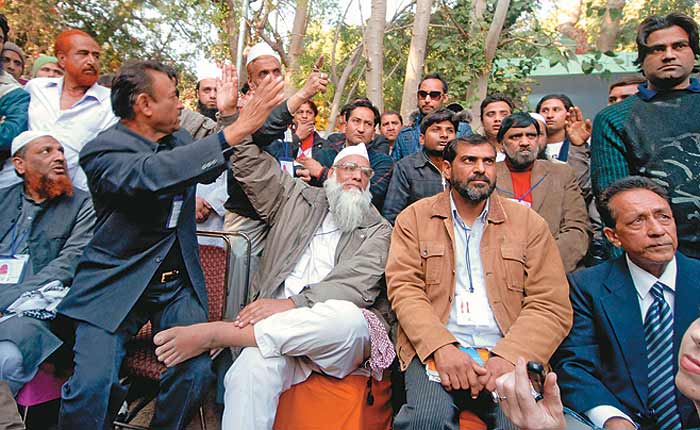 There’s a big difference between going to the Jaipur litfest as a journalist and as a writer’s spouse. As the latter, all I had to do was to tick the sessions I wanted to attend—not as easy as it sounds at the Jaipur litfest, which offers 35 mind-watering options a day to choose from. Then make my way to the tent in time to grab a seat—a feat more or less as chancy as winning a lottery and leaving you with the same sense of undeserved bounty. Which is how I kept missing all the action on the Salman Rushdie front. On Day One, for instance, my lively fear of author readings kept me out of the two sessions where the action apparently was: readings by Hari Kunzru and Amitava Kumar, followed by more readings by Jeet Thayil and Ruchir Joshi. How was I to know that while I was engrossed in listening to British playwright David Hare and literary prize jurists discussing how they picked their winning books, these four writers were busy throwing bombshells by reading from Salman Rushdie’s banned Satanic Verses?

In fact, even those who did attend the session didn’t have a clue that they were hearing extracts from the famed Rushdie rather than what they had come to hear until the authors themselves enlightened them. I heard of it only hours later, from that most reliable and pleasurable sources of litfest news: the cocktail circuit, where authors, publishers and well-connected journalists gather for the litfest’s major attraction—the after-hours party. This one was at Rambagh Palace, thrown by Random House for their authors attending the litfest. There was some buzz about two or three, or maybe even four, authors being cross-examined by the police, that the organisers were in a tizzy, and the litfest may come to an abrupt end, embroiled in a police case even before it had got rolling. But no one paid much attention: there were so many clever, writerly people looking forward to five days of talking and networking to believe that sordid things like politics and legal hassles could end this party forever.