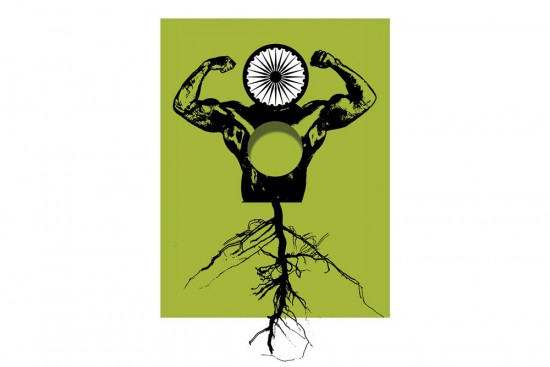 If there is one attribute that has seen a precipitous fall in recent months, it is contrition. As a macho nation stretches its yogic muscle on the global mat, the ability to admit to our mistakes seems to have all but disappeared. In its stead is the sad sight of the high and mighty contorting their mouths to justify the unjustifiable because not doing so would be construed as a sign of weakness; an affront to whatever it is that they hold dear. And so, instead of showing emp­athy to the family of a man lynched by a mob on suspicion of storing beef in his fridge, a Union minister openly bays for the blood of others who may have partaken of the meat. And so, instead of admitting that the “Hindu exodus” list rustled up by an MP was flawed, his party chief wants to make it an electoral cause celebre. And so, instead of lending a shoulder to the mother of a young man the system hanged, a young minister stands up in Parliament and patronisingly dishes out “facts” held up by hope. And so it goes, on and on.

That this national character flaw, cutting across party and other lines, shows up at a time when the Canadian PM has apologised for the Koma­gata Maru shipping disaster from a century ago, and when the American president has shown rem­orse for the atom bomb dropped on Hiroshima 70 years ago, only underlines the ethical gap new India faces. It is tempting to suggest that this pig-hea­ded diffidence stems from the majorita­rian triumphalism of the past couple of years. Perhaps it is, but then the Congress could never get itself to say sorry for the slaughter of Sikhs in 1984, or the BJP for the massacre of Muslims in 2002. Even-steven. Viewed through the socio-economic prism, though, it appears as if a newly emboldened nation confronts a moral vacuum with no one to show the light—and everybody eager to point fingers. Either way, it reflects poorly on the emerging social ethos, where no one can seemingly do any wrong, and woe be on those who can spell mea culpa.