Home Society
...and the losses 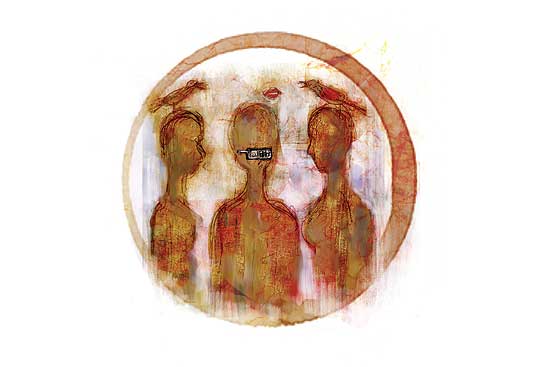 So far researchers have tried to find out if cellphone towers cause cancer and if sleeping with the instrument next to you renders you impotent or frigid. But what they are not telling you is how its use fries your brain cells. The mobile phone kills the most innate function of your mind—to wander, to ponder, to wonder. It kills wit, repartee, argument, debate. Do you think Socrates, Plato or Aristotle would have sat in the city square of Athens mul­ling over monism and pluralism if they had smartphones with Google in 5 BC? Or even if they had, would any Athenian have gat­hered to listen to their dialogues on life and the universe if they had Youtube? Of course, Socrates may have lived a few more years, as Change.org would have sta­rted a movement against him being force-fed hemlock, but what use a few more years if his life went unexamined?

Ironically, the mobile phone kills conversation. So, travelling from Patna to Benares by the longer route, past the town of Buxar, when someone in the car asks, ‘Is this the Buxar of Battle of Buxar? What exactly happened?’, nob­­ody looks out the window and ponders. Nobody racks his brains to go back to his history textbook, none of us asks, ‘Wasn’t it a fight between the Nawab of Bengal Mir Qasim and the British, or was it the King of Awadh Shuja-ud-Daulah?’ Instead, it’s fastest fingers first, and one of us comes up with the drab Wikipedia entry: The Battle of Buxar was fought on October 23, 1764, between the forces of the British East India Company led by Hector Munro and the combined army of Mughal rulers.