The Olympic Refugee Team is a collective of fortitude. Its athletes will take the field as conquerors of hardship. 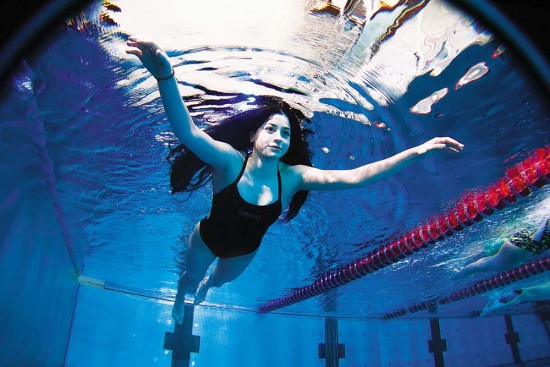 The history of humankind is a history of migration. Our ancestors over millennia have crossed seas and continents, sought refuge and settled down for generations, then raised anchors again. In a modern world ring-fenced by borders of nation-states, migration is often undertaken by unfortunate souls under extreme duress—to flee horrible persecution, extreme violence or the bleakest of poverty. Thus are normal, talented individuals uprooted and tagged as ‘refugees’. Thirty-five extraordinary athletes who answer to that call will add another dimension to the Tokyo Olympics and the Tokyo 2020 Paralympic Games. Each has unending reserves of courage and perseverance to make it to the highest sporting arena. Olympics are the celebration of inclusion, and so these 35 athletes, who have suffered terrible blows, dodged killing fields and undertaken perilous journeys, will be part of Refugee teams. Six of them, with disabilities, are in an even more exclusive club.

Refugee para swimmer Abbas Karimi was born without arms in Kabul. Jibes and jeers were common since early boyhood. When he was 12, Abbas started kickboxing—insurance against getting bullied. As he got better, a vengeful Abbas left a few with bloody noses, but even then he knew it was a mistake. When he was 13, his brother built a 25-metre community swimming pool. The moment he first took a plunge, the water bec­ame the oasis of Abbas’ life. “I asked the lifeguard, ‘Do you think I can learn how to swim?’ He said, ‘Of course you can. There are people who don’t have arms and legs who swim.’ So, I put on a life jacket and didn’t drown. That day gave me a lot of hope.”