With a little bit of luck and focus, the Indian shooting team, packed with world No. 1s should get some podium finishes 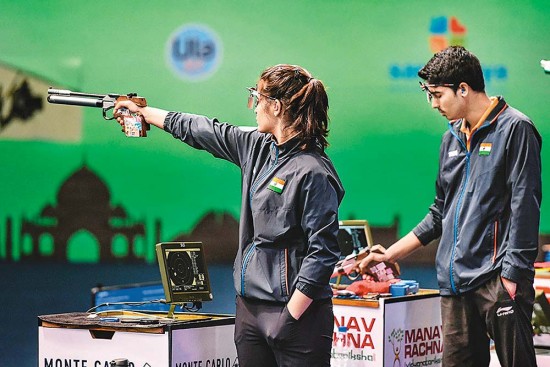 The Indian Olympic contingent is surely at the cusp of some historic moments at Tokyo 2020. This is a new India, completely uninhibited and intensely aspirational. Our shooting contingent defines the fascinating power and vigour of youth. In Tokyo, they will give it a go. Some of them may not remain with the sport and eventually settle into other careers, but one Olympic medal will give them a solid foundation to their future. I am hoping these teenagers glide into the moment organically. For them, it is somewhat like meeting exam pressure or expectations of friends and peers.

Shooting has brought India several international medals over the years, but the sport has seen a massive growth since Rajyavardhan Singh Rathore’s silver at the Athens Olympics in 2004. Then came Abhinav Bindra’s gold in Beijing 2008, followed by Vijay Kumar's silver and my bronze at London 2012. The success of shooters has helped create an eco-system. With that, the talent pool has also grown. Today at the nationals, we see the range burst at its seams. Private shooting academies have come up and become a feeder system for the federation.There is huge thrust and motivation for parents to encourage their kids into sports, and the Khelo India scheme is certainly a huge boost. Because of the growing interest in the urban and semi-urban aspirational class, and higher disposable incomes of a certain class that wants their kids to be well-rounded, the sport of shooting has grown.