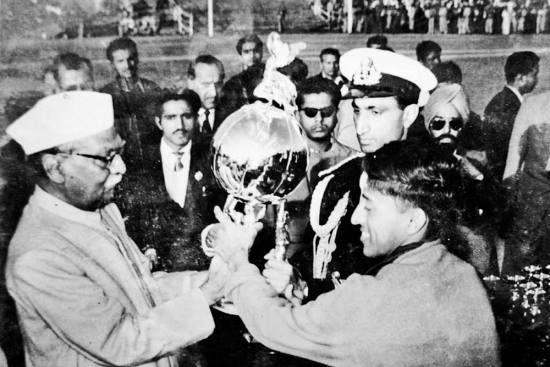 It’s great to see Durand Cup ret­urn after a pandemic-hit gap of a year. Every footballer of my generation will have fond memories of Durand Cup, Rovers Cup and IFA Shield, the three glamorous tournaments that reflected the might of Indian club teams. Not to forget the Santosh Trophy, which has now lost its sheen as the national (state) championship of India. Football in India has changed a lot. Sports has now become a symbol of one-upmanship. Celebrities and ministers, eyeing quick publicity, all want a piece of the cake. If the current FIFA ranking (105) is any indication, Indian football has not moved much.

Even till the late ’90s, football playing states of India had quality tournaments. While Durand (Delhi), Rovers (Mumbai) and IFA Shield (Calcutta) were the premier competitions, the Stafford Cup (Bangalore), Sait Nagjee and Nehru Cup (Kerala), Bandodkar Trophy (Goa), Bordoloi Trophy (Guwahati) and Nai Dunia (Indore) were equally important. While Durand and IFA Shield have managed to stay afloat, most of the others, including Delhi’s second biggest tournament, the DCM Trophy, have bec­ome extinct or reduced to low-key local events. Rovers going into oblivion is one of the saddest chapters of Indian football. Ironically, the Western India Football Association was one of the most organised of bodies. Praful Patel, president of the All India Football Federation, also comes from Mumbai!

All-India tournaments like Durand and Rovers tapped the immense popularity in the football-loving regions. Durand was always synonymous with Delhi. Fans from Chittaranjan Park, Old Delhi, Karol Bagh would flock at the Ambedkar Stadium. Since the tournament would be run by the army with passionate organisers, Durand would be a festive occasion. Moving Durand Cup to Calcutta has been harsh on Delhi’s football lovers. I do not buy the logic that Calcutta has better football infrastructure and the ability to manage the teams in a secure bio-bubble. All teams are equally alert about the pandemic and Delhi, which is back to normal, would have loved to stage the legacy tournament again.

Sudeva FC and Delhi FC would have loved to play at ‘home’, not in Calcutta, which is no longer the ‘Mecca’ of football.

Calcutta had been my second ‘home’. My best football memories are of playing in East Bengal and Mohammedan Sporting during my 10-year stint from 1978. Calcutta football fans are passionate about their club teams. The average attendance in matches involving the big three was never less than 50,000 people. In Delhi, during Durand, the same excitement would be felt: Bengalis of CR Park and Muslim fans from Old Delhi demonstrated an equal zeal. The tournament would always come at the back of the Subroto Cup—an autumnal bonanza.

Calcutta’s love for football almost alw­ays centres around the big three. An I-League match between Salgaocar and Churchill in 1998-99 at the Rabindra Sarobar Stadium hardly att­racted 2,000 people. With no Mohun Bagan or East Bengal in Durand this time, I am not sure how many people will turn up. Delhi, on the other hand, always had good turnouts. While Ambedkar would be crammed full when the Calcutta giants played, people would come from the NCR region and even Meerut and Punjab to watch teams like JCT play. I am sure Sudeva FC and Delhi FC, the two teams in Durand this year, would have loved to play at ‘home’ and not in Calcutta.

From the early ’70s till the late ’90s, if any footballer wanted to make a mark, a stint in Calcutta was a must. Not anymore. Calcutta has lost its charm for various reasons and is no more the ‘Mecca’ it used to be. The top clubs want success, rely on foreigners and want to draw sponsors. Calcutta is no more a breeding ground of talented players. Today, they come from all across the country—Goa, Kerala, Punjab and Tamil Nadu are all producing players. The Northeast has been a talent pool and their ability to adjust to all conditions have stood them in good stead.

Due to the pandemic, there will be no spectators at Durand Cup matches. So, there will be no ‘real’ measure of what kind of attraction it generates in Calcutta. But Delhi has a reason to feel denied because the beautiful game rides on passion and not just commercial interests and one-upmanship of politicians.

(This appeared in the print edition as "Calling An Off-Side")

(As told to Soumitra Bose.)

Shabbir Ali, a former international striker and India manager, has participated in Durand Cup as a player and head coach