Indian Boxing Team Is Better Prepared Than Many Other Countries For Tokyo Olympics: Santiago Nieva

Santiago Nieva, has been the brain behind Indian boxing ever since he was given charge of both the men and women’s teams in September 2017. A conversation with him ahead of the Tokyo Olympics 2020 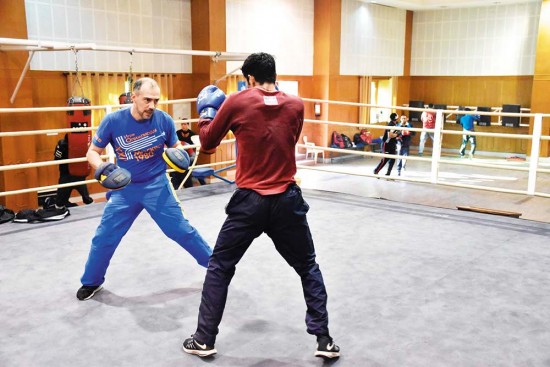 Indian boxing has never looked so promising ahead of an Olympic Games. For the first time in the history of the Summer Games, nine boxers (five men and four women) will represent India in various weight categories. Success in Olympic boxing has been few and far between. Vijender Singh (Beijing 2008) and Mary Kom (London 2012) won bronze medals but this time, the sheer number of boxers qualifying for Tokyo 2020 on merit has been notable. Credit for this goes to the tireless work of high-performance director Santiago Nieva. The Swede, who has boxed for Argentina, has been the brain behind Indian boxing ever since he was given charge of both the men and women’s teams in September 2017. The 46-year-old, who quit the Swedish national team after Rio 2016, is currently in Italy with the Indian contingent. Excerpts from a conversation with Soumitra Bose:

What are you telling the boys and girls who are headed for Tokyo?