'Milkha Singh was a legend and will remain a legend forever. Goodbye to my dear fellow athlete and friend,' writes Gurbachan Singh Randhawa, a contemporary of Milkha Singh and an athlete who ran in the 1960 and ’64 Olympics 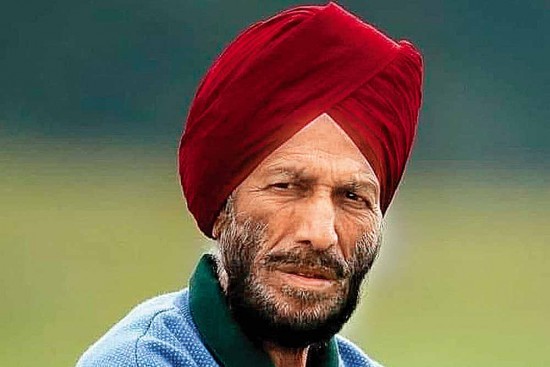 I had a six-decade long association with Milkha Singh, from the days of my first nationals to the historic 1960 Rome Olympics to talking to him over the phone last month, before he was hospitalised. What I found common over the years was his never-say-die spirit. Milkha was always in high spirits, confident of taking on anyone—whether the world’s top runner of his times or life itself, when he knew, at 91, that he had tested positive for Covid. It made him stand out in a billion. When I rang him up after knowing he was ill, his reaction was, “Kaptan, nothing to worry about, I will be all right soon”. He told me he didn’t have fever, only a little body ache, and that he even jogged in his house. Of course, no one expected that one who had seen the horrors of Partition, the murder of his parents and four siblings, who landed up in Delhi as an orphan and refugee and did odd jobs to survive, and then survived all odds to become a legend, would go like this.

I first saw Milkha at the 1960 National Athletics Championship in Delhi. I was a rookie; Milkha was already a big star. The entire country knew him. He had created history by winning Gold in the 1958 Cardiff Commonwealth Games and had won two Asian Games Gold medals in the same year. During the selection trials for the Rome Olympics, held at the Police Training Academy in Mount Abu, I met him at last. Milkha’s army background had a major role to play in his accomplishments--the discipline inculcated in him stood him in good stead. It was the motivation to wear the India jersey in foreign meets—a matter of immense satisfaction and pride for him—that propelled Milkha reach so far. After Mount Abu, Milkha went to England for further training for the Olympics. In Europe, he participated in many races and made a commendable progress. The world took notice, and Milkha was a strong bet for a medal in Rome.

Nearly The Moon In Rome and Tokyo