A deep passion for sports runs in the DNA of Manipur. But even after the silvery miracle of Mirabai Chanu, poverty and political isolation still haunt this nursery of Olympians. 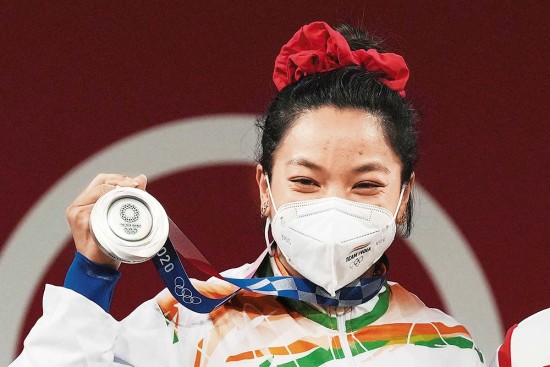 Weightlifter Mirabai Chanu was perhaps the most-searched name on Google in India after news trickled in from Day One of competition at the Tokyo Olympics: that she won the silver in the ­women’s 49-kg category. The 26-year-old lifted 202 kg—87 kg in snatch and 115 kg in clean and jerk—to better Karnam Malleswari’s bronze in the 2000 Sydney Olympics. Standing below five feet, this pocket dynamo instantly turned into the nation’s poster girl—there was nobody, not even Parliament, who didn’t congratulate her. A nation starved of heroes other than those in cricket showered compliments and cash. Her employers, the railways, announced a Rs 2 crore reward and a promotion, while home-state Manipur gave her a cheque of Rs 1 crore and offered a police officer’s job. More rewards, awards, felicitations, endorsements will follow.

The spotlight on Mirabai illuminated another less-told story: that of Manipur and its sports-mad people. This is the land where Sagol Kangjei, or polo, originated. This land also gave us Khong kangjei, similar to field hockey. With such a rich legacy, sports run in the DNA. A chilling reminder of the weight given to sports was the 1996 murder of a contractor and an engineer. Militants killed them after a hockey stadium collapsed during construction in Imphal, host of the 1999 National Games. The reason could be anything, but people didn’t flinch as the killings were passed off as punishment against corruption in a matter that touched Manipuri hearts and prestige: sports. Mirabai has inherited Manipuri athletic genes—and she is following in the footsteps of boxer M.C. Mary Kom, the state’s first Olympic medalist in 2016, and weightlifters N. Kunjarani Devi and L. Anita Chanu.