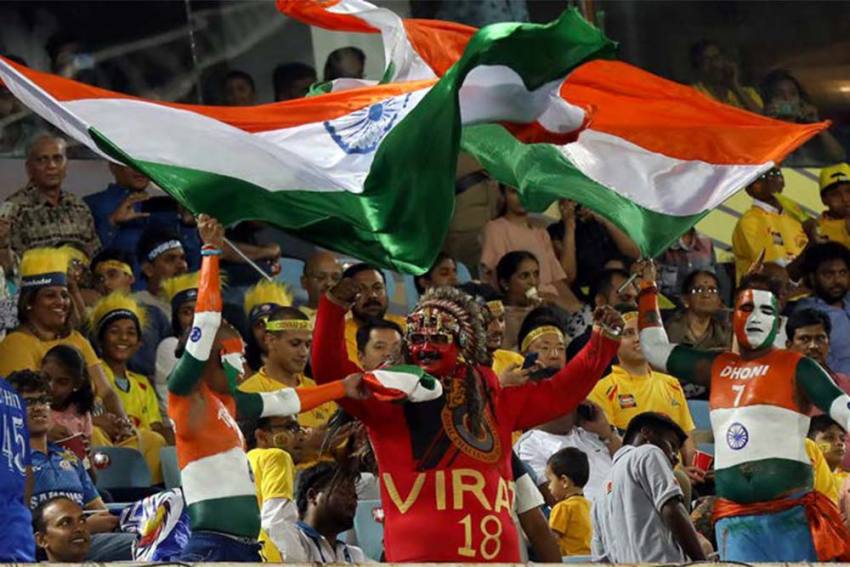 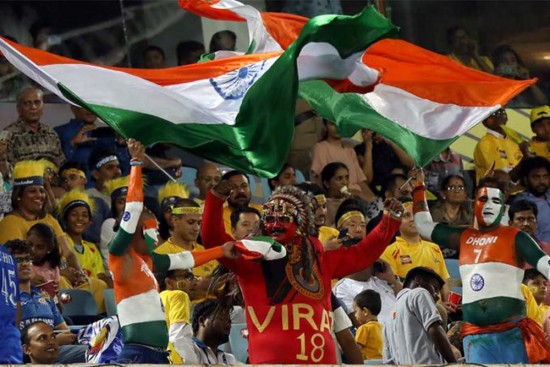 Over the past two decades, India’s ranking in world cricket moved up dramatically, both on and off the field.  Mind you, this is not coincidental—these two developments are closely linked. A leisurely game associated with the English countryside became India’s favourite sport which on most days easily tops Bollywood blockbusters for television rating points. An important element of this transformation is the commercialisation of the sport.  From a genteel, noble and aristocratic sport, cricket today has transformed into a more indigenised game—a noisy, brazen and vivid commercial extravaganza catering to its biggest audience.

But don’t let the so-called purists fool you with the view that this takes away from the charm of cricket.  It is not cricket’s quaint legacy of the Raj, but this sound and fury that has made cricket commercially successful and India the centre of world cricket.

Commerce made its entry into the sport in the seventies. Many will rem­ember the first three cricket World Cups between 1975 and 1983 as the Prudential Cup, with the eponymous insurance firm being the sole sponsor of all one day International matches hosted by the ICC. The Benson & Hedges trophy in Australia was among the most sought-after tournaments in the eighties.  But it was not until 1996 when the first World Cup was co-hosted by India, Pakistan and Sri Lanka that the old Anglo-Australian axis that ruled World cricket was shaken.

From a genteel, and aristocratic sport, cricket is now a noisy, brazen and vivid commercial extravaganza.

Liberalisation and globalisation are trends that have impacted all sectors and to expect cricket to stay immune is a facile assumption. In fact, the key is to ride these trends and propagate the sport, making it commercially more attractive and using the resultant value to make it better, more exciting and make it global. Cricket boards have become rich by auctioning rights to television companies, who then make money selling commercial spots to advertisers, happy to reach large captive audiences.  Television coverage, in turn, makes cricketers celebrities and enhances their commercial worth.  The coverage also expands the audience by beaming the game to small towns and villages and broadens crickets social base thus creating a global market.

But one may argue, whether all this commercialisation really helps the sport?  The answer is an unequivocal yes. More money attracts better talent to the sport; also takes care of retired sportsmen—who unlike other professionals have limited playing years.  The money pays for better stadia and quality infrastructure. In the last few years most Indian cricket venues have been upgraded and today India boasts of some of the finest cricketing venues in the world. The recently completed Motera stadium in Ahmedabad can seat 110,000 spectators, displacing the MCG as the world’s largest cricket arena. Gwalior and UP’s Faizabad will soon have state-of-the-art international cricket venues.

ALSO READ: IPL Brings Joy To Fans, It Has Only Made Team India Bigger: Sundar Raman

The world’s finest players gravitate to India—like they once did to the English counties—to play in tournaments like the IPL, giving Indian youngsters exposure to the best. Money flows into grassroots cricket and better facilities for first class cricketers, who now at least have reasonable dressing rooms and quality practice facilities. Lastly, all this wealth helps cricket hire professional administrators who can effectively package and sell the sport to global TV networks and sponsors.  Rahul Johri, CEO of the BCCI-headed Discovery Channel in India; Sunder Raman former COO of the IPL was a senior media executive with WPP’s Group M. In fact, Indian sport administration talent is now global—the Chief Executive of the ICC, Manu Sawhney, honed his skills as head of ESPN India and the trading arm of cigarette major, ITC. All because cricket can afford to pay top dollar salaries matching the best in the corporate world. Now contrast this with the folks who run other sports in India, and one can understand why these sports struggle to get the basics right.

The sponsors of Indian cricket whose logos have appeared on the shirts, reflect the categories that have been the primary anchors of cricket in India. From 1993-2002, ITC was the lead sponsor who started off with Wills and then with pressure against tobacco sponsorship, rebranded to ITC Hotels. This post-liberalisation period, was when consumer brands took the lead, so besides ITC, soft drink majors Pepsi and Coke, and Hero Honda joined the Indian cricket bandwagon. 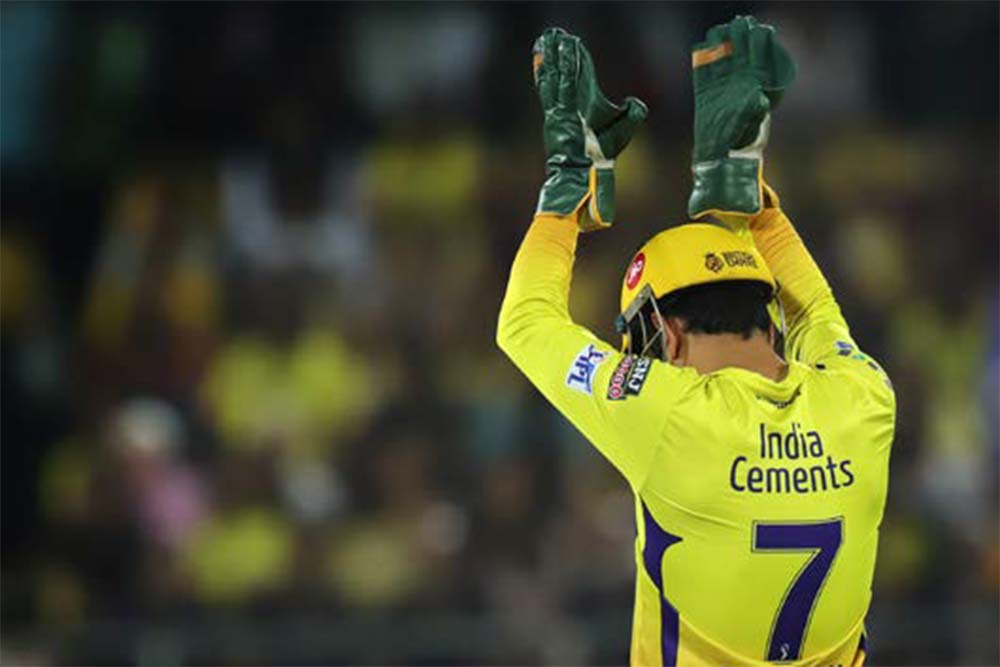 In 2002, Sahara outbid ITC to become Indian crickets’ anchor sponsor and stayed on until 2013. This period coincided with the telecom boom, and mobile service providers Airtel, Vodafone, Reliance Communications and white goods maker LG, were the key sponsors. Through this period, Pepsi, Hero Motors, LG and Reliance remained the anchor sponsors of all ICC tournaments.

ALSO READ: OPINION | Corona Pandemic Has Made IPL Vulnerable Like Any Other Asset, It's Time To Make Right Moves

The biggest impact of IPL was on Indian cricket. It put India at the centre of the global market.

The real shift though, came with the IPL in 2008 that truly transformed the sport and extended its appeal beyond the traditional male dominated fan base.  IPL’s three-hour evening format with glamourous anchors, for the first time got in the prime time audience, involving the whole family; for the sheer entertainment and fast-paced act­ion: big-hitting, cheer leaders et al. The in- stadium experience also transformed, with corporate boxes, team merchandise, MC’s, contests for spectators and interactivity making for a wholesome evening experience.

The bigger impact of the IPL, though, was on Indian cricket in general.  It brought India at the centre of the global marketplace for cricket with world-class talent keen to play in India, getting young Indian cricketers the experience of a life time—to play aside the world’s best. Moreover the IPL was great for talent discovery, pitting Indian talent with the best, and made superstars—and millionaires—of cricketers of all hues, even those who had not donned India colours. Not, by any stretch of imagination, a bad thing.

ALSO READ: OPINION | IPL Is Cricket's Biggest Laboratory, As A Coach Never Said No To Innovation

The much-criticised commercialisation of cricket is actually the cornerstone of India’s on-field cricket dominance. This has democratised and upgraded the sport, taken it to the grassroots, helped discover talent beyond Mumbai, Delhi and Bangalore, upgraded training facilities and made cricket a desirable profession for many.

The author had an insider’s view of Indian cricket as a sponsor and brand custodian in his role as executive VP, marketing, of PepsiCo India

IPL Brings Joy To Fans, It Has Only Made Team India Bigger: Sundar Raman