Home  »  Magazine  »  Sports  » Opinion  » Opinion »  OPINION | Corona Pandemic Has Made IPL Vulnerable Like Any Other Asset, It's Time To Make Right Moves

OPINION | Corona Pandemic Has Made IPL Vulnerable Like Any Other Asset, It's Time To Make Right Moves

Lives matter more than holding a T20 tournament. IPL has to wait for the Covid-19 pandemic to flatten even if it means huge financial losses, write financial analysts Santosh N and Harsh Talikoti

Santosh N., Harsh Talikoti May 08, 2020 00:00 IST OPINION | Corona Pandemic Has Made IPL Vulnerable Like Any Other Asset, It's Time To Make Right Moves 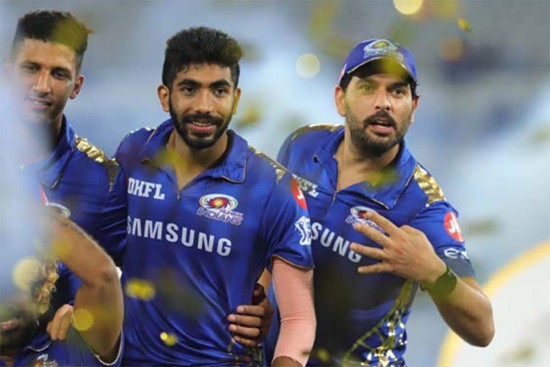 In any crisis, sport is always considered a uniting factor. Something that helps take your mind off the worrying rea­lity. As Nelson Mandela said, “Sport has the power to change the world. It has the power to inspire. It has the power to unite people in a way that little else does. Sport can create hope where there was only despair.” Unfortunately, the current pandemic has shackled this powerful tool. As the world continues to reel under the coronavirus crisis, economists are debating whether the fallout of COVID-19 will be bigger than the 2008 financial crisis or the Great Depression of the 1930s, or something far worse. Never has the world gone into a lockdown where nearly 75 per cent of the population is indoors. The economic and financial ramifications of the shutdown of global sports leagues are equally bad as livelihoods of millions directly or indirectly depend on these sporting leagues.

All major sporting leagues or events are either suspended indefinitely or postponed. Olympics 2020 and UEFA EURO 2020, the two major sporting events this calendar year, are postponed while Wimbledon has been cancelled for the first time since World War II. All major football leagues across Europe and events by  National Basketball Association (NBA) and National Football League (NFL) in the US are suspended indefinitely.

The Indian Premier League (IPL), one of the most keenly-awaited sports events in India, has also felt the heat of the pandemic. The government of India and various state governments have mandatorily banned public gatherings in view of public health and safety concerns. As a result, the Board of Control for Cricket in India (BCCI) has decided to postpone the 2020 season, and the threat of full cancellation is quite real.

Since inception, the IPL has seen spectacular growth and has given fabulous return on investment to all its stakeholders The growing value of the IPL ecosystem, which we estimated at approximately US$ 6.8 billion (Rs 47,500 crore) after the 2019 edition of IPL, is a testament to its success, especially considering the short-term nature of the league when pitted against global leagues which are played almost throughout the year. This success has trickled down to impact the lives of the people associated with the event.

ALSO READ: IPL Brings Joy To Fans, It Has Only Made Team India Bigger: Sundar Raman

Never has the world gone into a lockdown where nearly 75% of the population is indoors.

No one predicted that IPL would become such a huge hit when it was first conceptualised in 2007. No other sporting league in the world has seen such remarkable growth in such a short duration. Even global money-spinning leagues struggled to stay afloat during their formative years. A prime example is the now-popular NBA. During its formative years in the 1950s, the tournament was a major flop with very low viewership interests. The tournament struggled to stay afloat till the 1970s, and only some tweaks in the rules of the game ensured that the tournament gained acceptance from audiences. Currently, the NBA is one of the most watched leagues in the world.

All global sporting leagues, including IPL (and the franchisees), depend heavily on three sources of revenue—television broadcasting rights fees, sponsorship fees and matchday revenues. The keenness of various broadcasters to fight for IPL broadcast rights in 2017, which Star India eventually won for a whopping US$ 2.55 billion for five years, was a validation of how big the IPL has become and underscored the fact that the IPL is the prized asset in cricket. In 2016, Duff & Phelps had predicted the broadcast rights to be ren­ewed at close to US$ 2.5 billion, and we were spot-on in our assessment. Currently, the IPL is in the august presence of the global sporting leagues, when you compare the average per match broadcast rights fee in IPL and global leagues such as the English Premier League (EPL), NBA and NFL.

The price of IPL broadcast rights has seen an increasing trend since the IPL’s inception in 2008. On an annual fee basis, the compounded annual growth rate (CAGR) works out to 18.9 per cent. 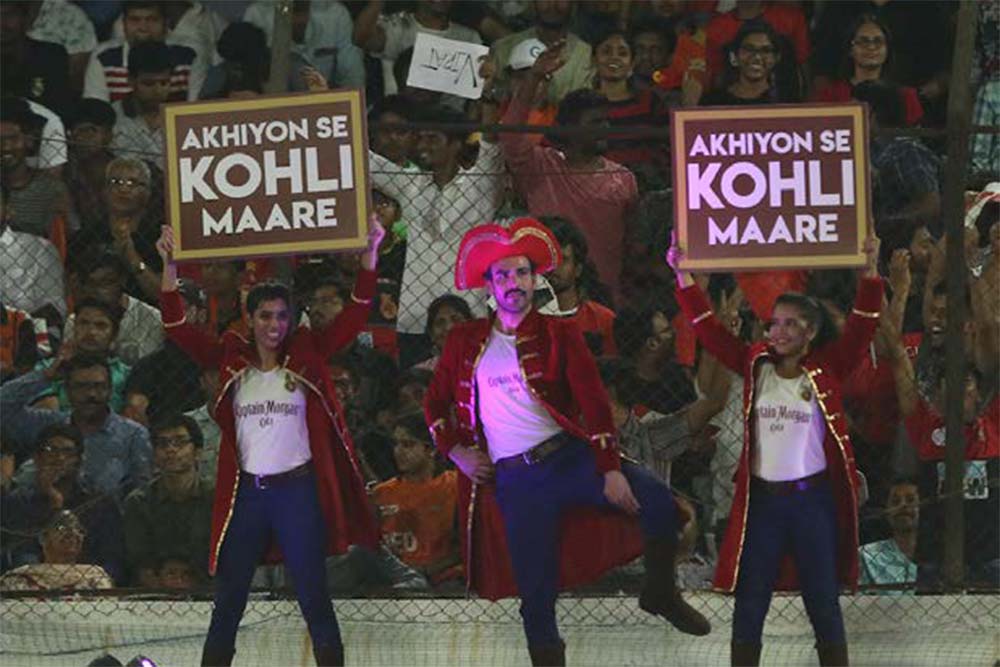 The IPL also continues to see high sponsorship fees, underscoring the keenness of various brands to be associated with the IPL. The IPL title sponsorship fee has  grown a massive 800 per cent since its inception (when DLF became the title sponsor), to its current partnership with VIVO. As per GroupM, the IPL as a whole made US$ one billion in sponsorship money in 2017, compared to the US$ 892 million made by Major League Baseball. This is quite an achievement considering that the IPL season is shorter than the MLB season and given that sports is a major part of the US culture and economy whereas the economics of sports is just beginning to take root in India.

On the other hand, matchday revenues account for a relatively small proportion of overall IPL revenues. On an average, IPL franchisees’ earnings from matchday revenues (including ticket prices, merchandising, and food and beverages) account for less than 25 per cent of their overall revenues, as they rely heavily on the central pool revenue that they receive from BCCI along with their team sponsorship revenues.

ALSO READ: OPINION | IPL Is Cricket's Biggest Laboratory, As A Coach Never Said No To Innovation

No other sporting league in the world has seen such remarkable growth in such a short duration.

With the force majeure clauses kicking in, the monetary losses suffered by broadcasters, organisers, team owners and players across the global sporting leagues due to COVID-19 are huge. EPL side, Burnley Football Club announced a revenue shortfall of GBP 50 million if the season does not finish, while the larger EPL clubs are looking at a revenue shortfall of around GBP 100 million to GBP 150 million. Footballers across Europe have been asked to take a salary cut ranging from 20 per cent to 70 per cent. Some Premier League clubs, including Liverpool, initially declared they will use the British government’s furlough scheme to fund the wages of non-playing staff and only relented after a huge backlash from their supporters. Even across the Atlantic, in the US, the NBA and MLB want their players to take a substantial salary cut.

Similarly, the IPL, the franchisees and the players, too, will suffer financially in case the season gets cancelled this year. Players may not get their salaries; sponsors and broadcasters may not pay BCCI; and, of course, the advertisers will not pay the broadcasters. Duff & Phelps undertook a study last month to analyse the initial impact of COVID-19 on the value of the IPL ecosystem, which was est­imated in our IPL Brand Valuation Report 2019. Based on the scenarios we considered, the IPL ecosystem/brand value was estimated to be impacted by nearly US$ one billion just due to cancellation and without capturing the impact of the economic slowdown that might follow. Depending on the extent of post-COVID-19 slowdown, most sponsorship contracts may get ren–egotiated next year, as the spending power of the advertisers and sponsors is likely to be impacted by the economic slowdown. As was seen during the Great Depression, the IPL teams may also look to reduce their ticket prices next year as spectators’ spending power might also have been imp—acted due to pay reduction and job losses.

The pandemic’s economic challenges are unprecedented. While most of the past economic shocks were largely restricted to certain geographies and economies in a not-so-globalised world, this one is different in all aspects, putting the entire world in unchartered territory. While economies of most countries are impacted, neither India nor the sporting world is insulated from the negative impact of this pandemic. This makes the IPL vulnerable like any other asset class in these testing and challenging times.  As it has been time and again reiterated by leaders across the world, the moral and ethical obligation right now is to save as many lives as possible and just pray for a vaccine to eradicate this pandemic at the earliest, so that normalcy can be res­tored to all walks of life. The sports industry just like any other industry must use this time to ensure it has the right strategies and tactics in place to emerge as a winner post lockdown.