Sjoerd Marijne, the 47-year-old coach of Indian women’s hockey team, is writing a book on his Indian journey. Excerpts from a conversation with Soumitra Bose: 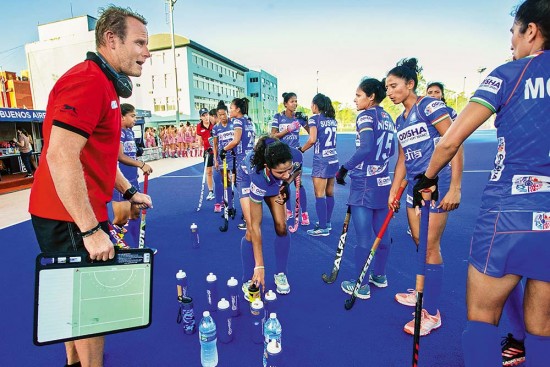 Dutch coach Sjoerd Marijne can take credit for galvanising the Indian women’s hockey team in the past four years. They missed a medal in Tokyo, but Rani Rampal and the girls won hearts with their stunning turnaround and ability to look big teams in the eye. The 47-year-old Marijne, who has not extended his contract with Hockey India, is writing a book on his Indian journey. Excerpts from a conversation with Soumitra Bose:

On his first thoughts on the Indian women’s team

Four-and-a-half years ago, when I arrived in India, I knew the girls had potential, but there were a few things missing. Fitness was not good enough, tactics were awry and most importantly, the mindset was fragile. I wanted to change this and start a high-performance culture. We took small steps and at Tokyo 2020, we arrived at our goal.

On the girls breaking down after losing the bronze playoff

The girls started believing in something big. It’s fine to be No. 6 or No. 8, but these girls really believed in the dream we had and that made the tears special. It was my dream to play the Olympics for a medal. But it became bigger. We were going for legacy and the girls have crea­ted that without winning a medal.

On men vs women in India

The girls have shown that they are among the best four countries in the world. The next steps for the women would be to have the tournaments and the hockey Pro League in place. The men came to Tokyo as World No. 4, having played the FIH Pro League, having played under pressure. I am happy for Graham (Reid, the men’s coach). I hope the same will happen for the women.

On the impact of Tokyo 2020 on Indian sports

How much joy, happiness and pride sports can bring to the nation is now clear. Neeraj Chopra winning gold can make people cry. All that is bigger than just hockey. India must build on this and create a high-performance sports culture.