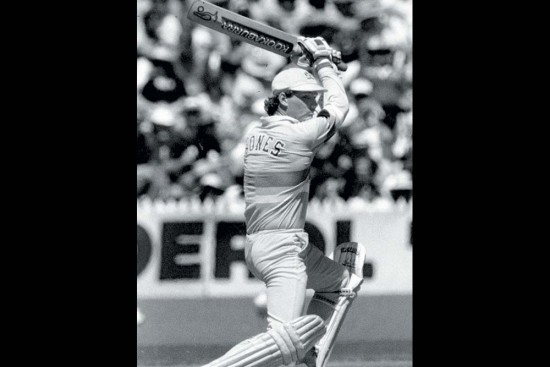 “I was on the verge of fainting, unable to continue, when Allan Border, my skipper and partner at the other end said, ‘Take this Victorian away and send in someone tough…a Queenslander’, to the 12th man who was standing over me as I lay down on the grass at Chepauk, soaked in sweat with not an ounce of water left in my body. Those words were enough to provoke a brash, 25-year-old with an exaggerated sense of self-worth, to get up and continue batting...the rest, as they say, is history!”

I’d heard Dean Jones narrate this story about the 1986 tied Test between India and Australia, played in Madras, numerous times: at a casual dinner, during cricket shows on TV (where we worked tog­ether), at the Chepauk while we were covering an IPL final, on stage during a lecture, and every time we drove past the Doordarshan office in Delhi, where he would never fail to add that the tapes that had the original footage of the match had been wiped clean because someone at the archives dep­artment of the national broadcaster thought it’s best to re-record a daily soap over it.