A young militant is killed. In death, he becomes an icon. And the streets speak freedom. 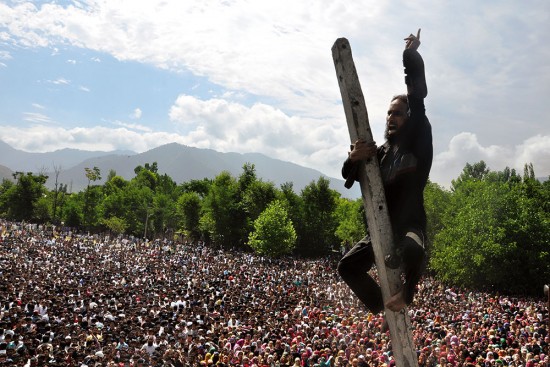 Kashmir is back to its ominous normal. The Valley is on the boil after the killing of young and charismatic militant commander Burhan Muzaffar Wani by police on July 8. The spontaneous, leaderless outbursts of anger and grief have caught everyone by surprise and, not confined to Burhan’s native Tral town in the south, have spread far and wide across the Valley. It’s a dramatic replay of the 2008 and 2010 agitations: people defying curfew, braving bullets, taking to the streets in overwhelming numbers. Their demand: azadi, or freedom from India.

However, the protests are dissimilar from those of the rec­ent past­—more violent and angrier, they are reminiscent of the early 1990s. Symbols of ‘India’, for example, were largely spared in the earlier street ‘intifadas’; now, they are targeted with unparalleled ferocity. The epicentre of these protests is south Kashmir, bastion of chief minister Mehbooba Mufti’s PDP. Protesters have set ablaze two BJP offices, two dozen pol­ice camps, a PDP legislator’s house, CRPF posts, army bunkers and several government vehicles. They’ve also tried to storm a major IAF base, while houses of activists and leaders of pro-India parties, seen by many as “collaborators” and “India’s agents” have been attac­ked too. A police station was taken over and its armoury looted. The violence cast a shadow over the Amarnath yatra too.