A nun had alle­ged that the bishop of Jalandhar, Fra­nco Mul­akkal, 54, had confined and raped her several times bet­ween 2014 and 2016 at a convent in Kuruvilangad. 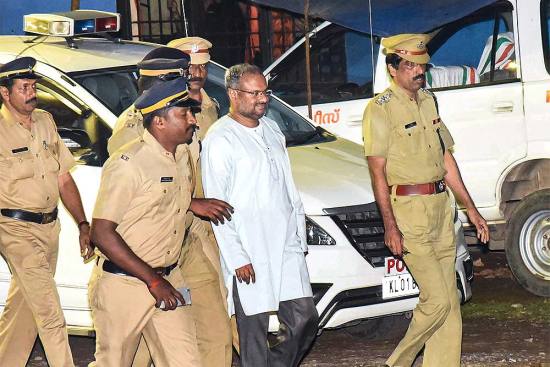 The protest by five nuns of the congregation of the Missionaries of Jesus on the streets of Kochi, Kerala, was singular in many ways. For the first time in the history of the Catholic Chu­rch in India, these nuns, who had taken vows of poverty, chastity and obedience, took to the streets in an act of def­iance, alleging inaction by the church and the police. A nun had alle­ged that the bishop of Jalandhar, Fra­nco Mul­akkal, 54, had confined and raped her several times bet­ween 2014 and 2016 at a convent in Kuruvilangad. When the church failed to act on her accusation, the nun filed a complaint with the police in June this year. But even after interrogating Mulakkal and filing an affidavit confirming rape with the Kerala High Court, the police hesitated to arrest him. The nuns took to the streets and, after a 14-day sit-in and mounting public pressure, Mulakkal was arres­ted. He is now in judicial custody.

The public rallied behind the protesters, who found solidarity across religious lines and professional platforms—stemming from unhappiness about the handling of sexual harassment and rape cases by successive governments and the police. The support of actors of the Women in Cinema Collective, the plantation workers of Pembilai Orumai and Muslim women from the Workers Party of India saw an unprecedented consolidation of disparate groups. In the chronicles of rape and sexual exploitation cases in the state, where even elections are fought and won over the issue, the denouement has ever been bathetic. Such cases are often swept under the rug as soon as the returns have come in; a case in point is the rape and murder of a Dalit law student in 2016 just before the Kerala assembly elections, which became pivotal in the CPI(M)-led Left Dem­ocr­atic Front (LDF) romping home. And in the nun’s case, the hush that issued forth from leaders of both the ruling LDF and the Congress-led United Democratic Front (LDF) was enough to wake the dead; this hardened the protesters’ stand against vote-bank politics.