Tale From A Terrace

A youth was shot dead. Did this set off the events leading to the massacre? 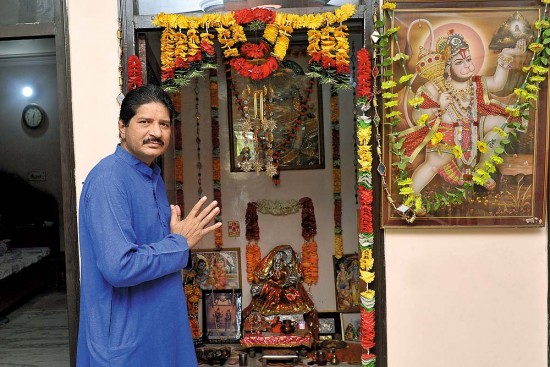 Neeraj Kaushik bristles at any suggestion that his cousin, then a major in the Indian army, played a prominent role in the 1987 mass murder of young Muslim men in Hashimpura. Neeraj, in his forties, is an active BJP worker and claims to be the vice-president of the ‘Modi Sena’ in Uttar Pradesh. Questions about his precise role in the BJP are met with dodgy bluster. He is rankled at the allegation that his cousin, Major Satish Chandra Kaushik, posted in Meerut during the 1987 massacre, mobilised an army unit to round up young Muslim men. He denies that the major did so in a fit of rage after his brother, Prabhat Kaushik, was killed by a stray bullet during ongoing riots. The hostages were driven 35 km away to Ghaziabad by the infamous Provincial Armed Constabulary (PAC) of the Uttar Pradesh government and shot.

But half a dozen survived. Resisting tremendous pressure, Vibhuti Narayan Rai, then police chief of Ghaziabad district, ensured that an FIR was lodged. The case dragged on for 28 years. On March 21, a sessions court in Delhi acquitted all 16 PAC jawans accused of gunning down the rounded-up men.