Tale Of A Scarlet Fever 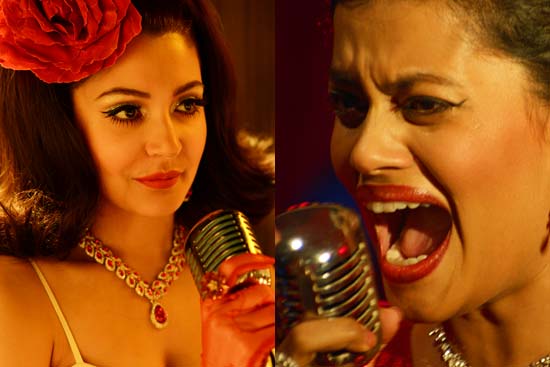 Anurag Kashyap’s Bombay Velvet, specifically Anushka Sharma’s character, Rosie Noronha, is a tribute to Lorna Cordeiro, the Konkani jazz singer, who ruled Bombay’s club scene in the ’60s, crooning her way into many a heart at evenings at Venus. But Kashyap is not the only one to pay a cinematic homage to Lorna. Far from the hullabaloo and impassioned row elicited by Kashyap’s failed/flawed epic, a small, modest Konkani film also trains the camera (rather more acutely at that) on Lorna’s tumultuous life. Nachom-Ia Kum­pasar (‘Let’s Dance To The Rhythm’) fictionalises her tragic love for the fam­ous saxophonist, trumpet player and mus­ician Chris Perry. The two may have got renamed Donna Pereira and Lawr­ence Vaz for this screen version, but to their fanatical fans, divided in their loyalty and sympathy for the duo, the real-reel connect is not too hard to spot.

It is impossible not to notice the similarities between the films. They are like parallel narratives in the same universe: the same period and setting—’60s Bombay—and, most of all, all that jazz for the soundtrack. But in its impact, the Rs 4 crore indie, clearly outdoes the Rs 100 crore biggie.