It’s the solid writing, sharp dialogue and the spot-on performances which shine along 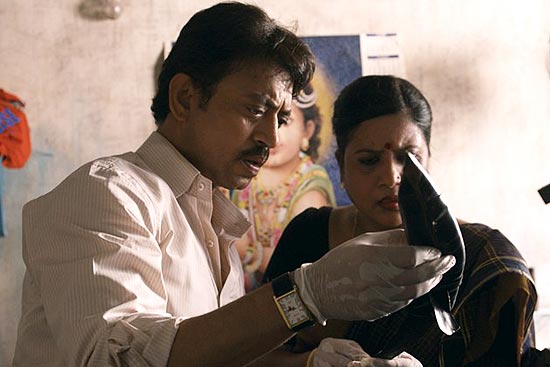 There is a scene tow­ards the end of Talvar where two sets of CDI (a fictional CBI) officials defend their own line of investigation into the double murder case, while trashing the other’s account. It’s a long, riveting scene, sailing smoothly on some crackling writing by Vishal Bhardwaj (a smart dig at the BJP and Congress, a cheeky reference to the missionary position and merry quoting of popular Bollywood songs) and compelling performances by Irrfan Khan and Prakash Belawade on the one side and Atul Kumar and Sohum Shah on the other. It’s the solid writing, sharp dialogue and the spot-on performances which shine along, be it Neeraj Kabi and Konkona as the parents charged with the murder of their own daughter, or Gajraj Rao as the crooked Noida cop who leads in the investigative botch-up. Of course, it’s the quirky, witty officer, Irrfan, who gets the most play and he makes the most of it.