Is Amitabh the mould for the modern neta’s many masks? 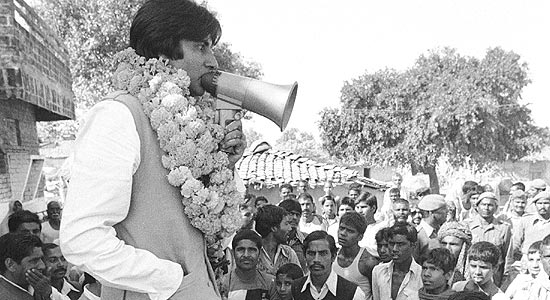 The late prime minister V.P. Singh’s memoir Manzilon se Zyaada Safar has an interesting episode pertaining to Amitabh Bachchan’s political baptism in Allahabad in 1984. The episode is not so much an event as it is an image. An image, which by its very opacity, by its presentation of a mask where we would normally expect to meet a face, continues to exercise a certain strange power.

V.P. Singh, who was at that time the president of the UP state Congress party, recalls seeing Bachchan (whom he did not know of, he says, as he did not watch films) for the first time with his face “...covered in a towel”. Ever since I have read this, I can no longer see Amitabh Bachchan, not even retrospectively, without his face-towel on.