The Azamgarh Can Of Worms

Digvijay Singh’s suggestion that Rahul might visit the UP town worries the home ministry, PMO 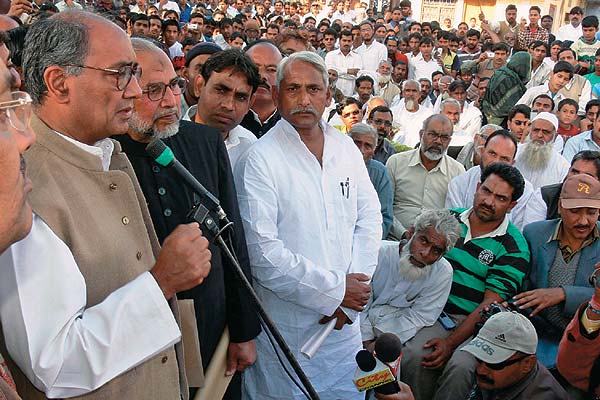 Congress general secretary Digvijay Singh’s recent visit to Azamgarh should not have evoked much interest, but for his suggestion there that the party’s heir apparent, Rahul Gandhi, would follow suit. Neither the Union home ministry nor the prime minister’s office has taken kindly to the idea. PMO sources told Outlook that such a visit would send a wrong signal to those handling the Batla House encounter case in Delhi, in which all those facing investigations are from the eastern UP town of Azamgarh. This is especially so, said the sources, as M.C. Sharma, the policeman apparently shot dead by the alleged terrorists, has been honoured posthumously: a visit by Rahul to Azamgarh would reopen all the doubts raised at the time about the nature of the “encounter”.

Asked about the controversy, Digvijay Singh is circumspect. “I am not challenging the Batla House encounter inquiry or questioning the manner in which Sharma was killed,” he told Outlook. “What we want is a fair and speedy trial in a special court for the accused and a clubbing of the cases rather than being spread across the country.” He also said he had discussed the issue with Union law minister Veerappa Moily, and that he “favoured” his idea. Such a move, feels Digvijay, would go a long way in assuaging the sentiments of the Muslims of Azamgarh, who are upset that the town and terrorism have become synonymous in the public mind.