For decades, the shirtless bard’s stirring songs lent punch to a class struggle. Gaddar may carry on singing, but his opting to be a voter implies the mutation of a rebel note. 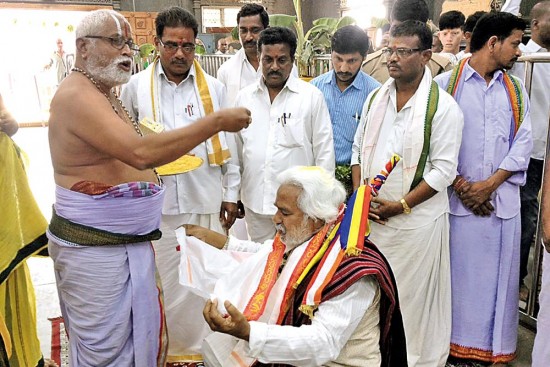 He would appear typically bare-chested in public venues while rendering revolutionary songs, but what Gaddar stripped himself of the other day came as a surprise to many: the Telugu balladeer has given up Maoism. On April 6, exactly two decades after he survived a murder attempt, the sexagenarian announced embracing democracy. “I have applied for my vote,” he said aloud, waving a voter registration form. “I have no membership with any party. I am only a common man with the freedom to decide my path,” he told a Hyderabad gathering in a voice and tone that reso­unded with pain as well as relief.

Hundreds of Naxalites have over the years surrendered bef­ore the law, yet Gaddar’s decision to snap his four-decade ass­ociation with the Maoist party was least routine news. For, it also implied his exit from the Jana Natya Mandali (JNM), a Leftist cultural front he founded and led passionately. For long, central India’s most popular Naxalite’s JNM tours were a celebration of hundreds of soulful, earthy songs that stirred the minds of thousands of educated youth and the downtrodden, who either joined the armed resistance against the state or turned sympathetic to the class struggle.