The Book Handed Down 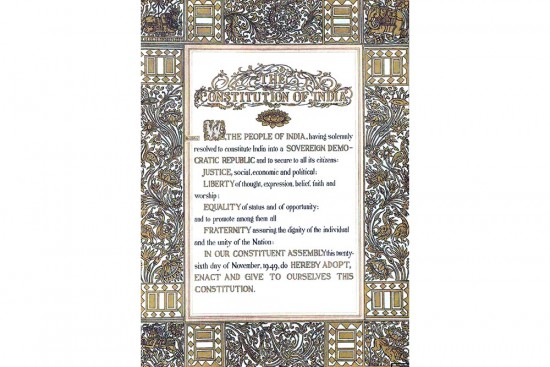 Not just RSS ideologues but seve­ral important scholars too believe that the Indian Constitution has delivered an imperfect democracy, that it is not ‘suited to Indian needs’, that it is distant from Indian society and political culture. There are, of course, those who believe the Constitution has deepened democracy. Even Granville Austin, who hailed the Constitution as a bold and brave experiment, developed sufficient doubts by 2010 to wonder in an essay: “Can India be a great democracy, strong in itself and in the eyes of the world, so long as so many of its people are denied the promise of the Preamble?” It’s worth recalling what the founding fathers had held out in the Preamble. They had promised India would ensure for every citizen “Justice: social, economic and political; Liberty: of thought, expression, belief, faith and worship; and Equality: of status and of opportunity”.

His doubts were not misplaced. Inequality is at an all-time high and the 16th Lok Sabha boasts of 442 crorepatis, with as many as 237 of them from the BJP. In other words, MPs of the Indian Parliament are increasingly well-heeled and represent increasingly smaller interest groups.