The Call Of The Mind 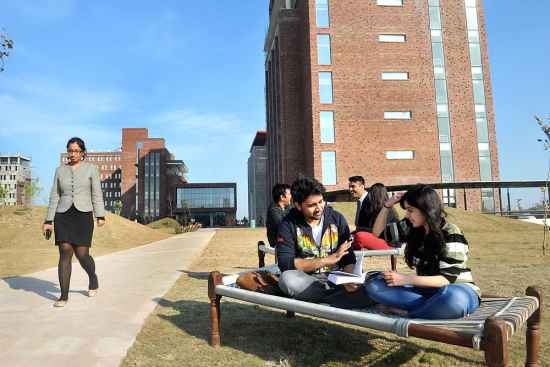 Chaitanya Shareef Kulkarni, from Dharwad, was finding it difficult to get excited about graduating in architecture, the cast-iron syllabus refusing to grab his attention and imagination. So one fine day, he dropped out and began interning at a firm. Browsing online, he chanced upon the courses on offer at the newly launched Ashoka University, Sonepat, Haryana. The variety and flexibility on offer made the 20-year-old change his mind: he now hopes to graduate from Ashoka with an interdisciplinary major in computer science and entrepreneurship. But he’ll take a final call on that later. For now, he’s enjoying a taste of history and philosophy; he’ll zoom in on what to specialise in during later semesters. “In such an environment, instead of getting repelled by education, you feel like learning more and more,” he says.

The range, the exposure, the flexibility, the choices—universities like Ashoka are offering students a free run of the garden of intellectual delights, and students like Kulkarni are experiencing something of the bracing, exuberant spirit of ancient Greek academies and Indian gurukuls, where teachers channelled their wards’ curiosity into a self-generated pursuit of knowledge. Liberal arts universities and colleges have brought relief and sustenance to free-thinking young people—the kind who might take a gap year after Std XII, maybe working or pursuing a hobby, before deciding on a course of study or a creative vocation. Purvayi Krishnamurty, for instance, says she’s still not sure if she wants to major in English or philosophy—or maybe history. But she’s happy with the “option of deciding later”, happy to bask in all three till then.