The Colonial Roots Of Hindutva ‘Nationalism’

Indian nationalism’s anti-colonial, and inclusive, origins are increasingly being trampled underfoot by votaries of Hindu majoritarianism. In this essay, Romila Thapar shows how the cant of Hindutva was built on the myopic and tendentious tradition of colonial history-writing. 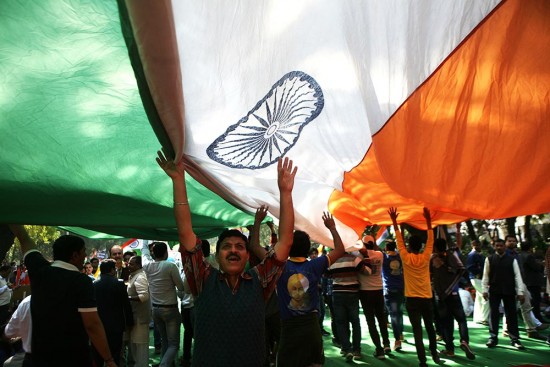 For Indians of my age who grew up on the cusp of Independence, nationalism was in the air we breathed. Nat­ionalism was not something problematic. It was an identity with the nation and its society. The identity and consciousness of being Indian did not initially need to be defined. We understood nationalism to be Indian nationalism and not Hindu or Muslim or any other kind of religious or other nationalism, and a clear distinction was made between nationalism and other loyalties. Nationalism could only be Indian. And Indian meant that which was above all the smaller loyalties to religion, caste, ethnicity and region. Nationalism meant differentiating between the nat­ion and the state, and it was clear that no government could take upon itself the rights of a nation. Sovereignty resides with the nation and not with the government. A nation ref­erred to the people that inhabited a territory who saw themselves as an evolved community, one that was created by drawing upon the range of communities that existed prior to the nation. It was based on a shared history, interests and asp­irations frequen­tly expressed in a common culture that in turn drew from multiple cultures.