The Elusive Sides Of That Raj Traveller

From Cal, via Ahmedabad and Savannah, US, the search is on... 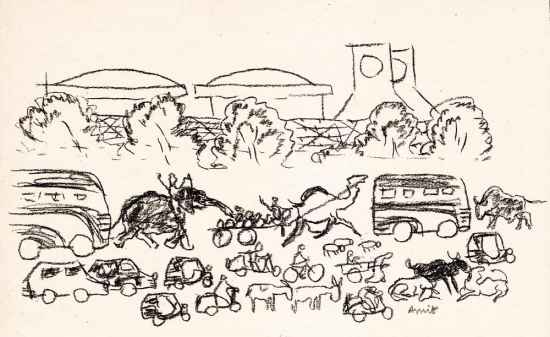 Narendra Modi’s gobsmacking victory may make the nation sit up and see the Gujaratis as a little more than khakda, commerce and  ‘A/C video coach tour with own cook’. We Parsis and the Gujaratis, like the English and the Americans, are two peoples divided by a common language. I’ve been surrounded by them all my life. Does that mean I’ve decoded the Gujarati character? Naa baapa, it’s a community as complex as an Amit Shah electoral strategy.

I grew up with Gujaratis. This was not in our home base of western India, but across the subcontinental breadth, in Calcutta. The Parsis then and there, as always and everywhere, were minuscule in number compared to the Gujaratis, but we did assert ourselves in two ways. One, with the single play in Gujarati produced every Parsi New Year by the Cal­cu­tta Parsi Amateur Dramatic Club. In a more sustained relationship, they subscribed to the weekly Navroz, which proclaimed from its masthead that it was ‘Eastern India’s only Gujarati journal’. It was established by my grandfather in 1917, and later edited by both my parents. Deferring wisely to its larger reader (and advertiser) base, the Navroz bumper annual was not on our own Pateti, but on Diwali.