India-Pakistan cricket fed a chauvinist imperative for decades. The liberal wind in the willows changed all that. 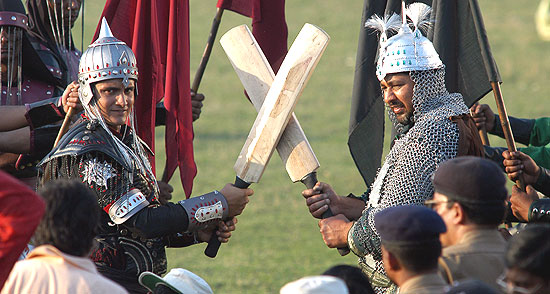 A small-time cricketer, but a passionate observer, I have watched Indo-Pak cricket since 1947. I have seen many India-Pakistan matches, from the one in Amritsar under Imran, to the 1996 World Cup Bangalore ODI, and the amazing Chennai Test match.

Both authors have relied on other books for their material, with a few observations and opinions of their own. It is true that the first forty years of the Indo-Pak encounter offered the dreariest cricket you saw. A large degree of nationalistic pride was involved, accompanied by a morbid fear of losing. Pitches were stone dead; unfortunately they continue to be so. Umpires strained every spectator’s belief, Shakoor Rana being the most notorious. We were not blameless, but perhaps more subtle. Playing safe meant interminable plodding, resulting in monumentally boring Test centuries. My vivid memory of Bapu Nadkarni’s bowling: his analysis would invariably read 45 overs, 35 maidens, 29 runs, and maybe a wicket, largely because the batsman’s brain had been dulled by the on-field somnolence. The T-20 tullebaazi has at least put an end to this farce.