Suicide is the biggest killer. The sorry story of the paramilitaries. 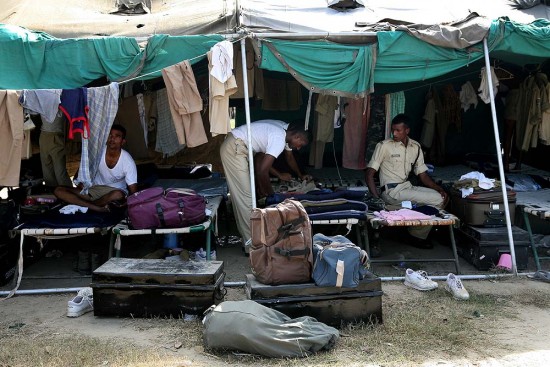 All 14 of the Central Reserve Police Force (CRPF) troops killed in the Maoist ambush on December 1 died on the scrubby, hill-ringed battleground, deep in the forests of Sukma district, at the southern tip of Chhattisgarh. The last to die was constable Deepak Kumar. The Maoists had struck between 10 and 11 am. It was 9:30 pm when Deepak died. For more than 10 hours, the 22-year-old lay there, helplessly wounded and heavily bleeding.

“Had a chopper arrived on time, he could have been saved,” says a CRPF commandant. An IAF chopper requisitioned by the CRPF did arrive for evacuation of the wounded—but only the next afternoon and at the Chintagufa camp, some 10 km from the ambush spot. But no one in the CRPF is surprised that the young trooper from faraway Samba district in Jammu & Kashmir, only two years in uniform and serving in the dangerous red corridor, could not be saved. As one CRPF officer put it, even in an emergency, getting a relief chopper could take at least eight hours.