The Hand Beckons A Grass Root

The Congress needs Mamata to counter BJP. But its Bengal cadre loathes the TMC. Is an alliance feasible? 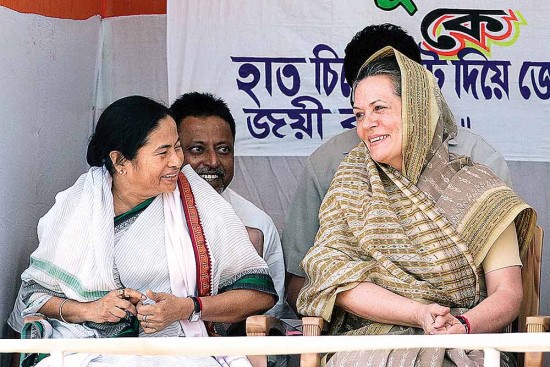 A course correction that was due nearly two decades back is about to be embarked upon in West Bengal: an indirect ack­nowledgement by the Congr­ess party high-command that Mamata Banerjee is the undisputed political supremo in the state.

In 1998, Mamata broke away from the Congress and floated her own outfit­—the Trinamool Congress, turning it into the main source of resistance against the Left Front. Through the years of the TMC’s growth, the West Bengal unit of the Con­gress—once a mighty arm—was steadily marginalised. Since 2011, the TMC has been the ruling party in West Bengal; it managed to be re-elected with an even greater majority in the 2016 assembly polls, mauling the Left and totally side­lining the Congress, thus firmly entrenching Mamata’s control in the state.