In the end, there is The Word.... It falls upon writers to float an ark of reason in the flood of intolerance in Modi-led India. 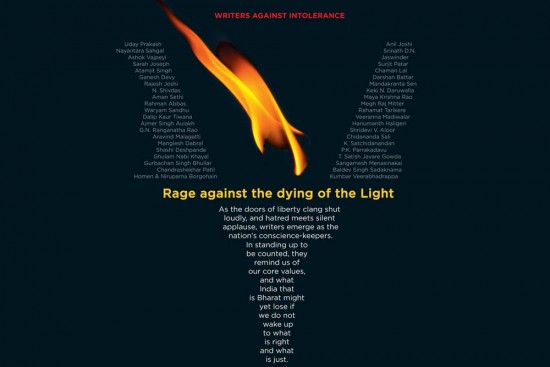 “A writer is the eye that sheds the first tear if the country’s social fabric is disturbed. A writer can only survive when he or she breathes fresh air.” That was Urdu poet Wasim Barelvi, one of the 42 writers who have returned their Sahitya Akademi awards or resigned from its offices so far. Never in India’s history have so many writers come together to protest against a government and the silence of the lambs. Writing, by nature, is a solitary activity. It comes from an intensely private space. It would have taken a profound shock to a shared ethos, trauma even, for a disparate band of literary practitioners from all over the country to intervene in the public sphere—and with such passionate rage at that. It’s only extreme provocation that could have goaded them to shed their usual shyness of the public and collectively take on the role of conscience-keepers of the nation. A tipping point has clearly been reached.

Hindi writers Manglesh Dabral and Rajesh Joshi are clear-eyed in their description of what they see as a climate of fear and intimidation. “From writing to food habits, and sections of the ruling party spewing venom against Muslims, a dangerous atmosphere is being created in the country,” says Dabral. Joshi adds: “There have been attempts to curb free speech earlier, but such trends have become more pronounced under this government.” The writer who knows all about bans on free speech took it to a global platform. Salman Rushdie, speaking on the eve of the Frankfurt Book Fair which he inaugurated last Thursday, remarked: “Ordinary freedoms are being curtailed, these writers are showing tremendous courage. These are alarming times for free expression in India. Narendra Modi’s silence is emboldening thuggish behaviour.” 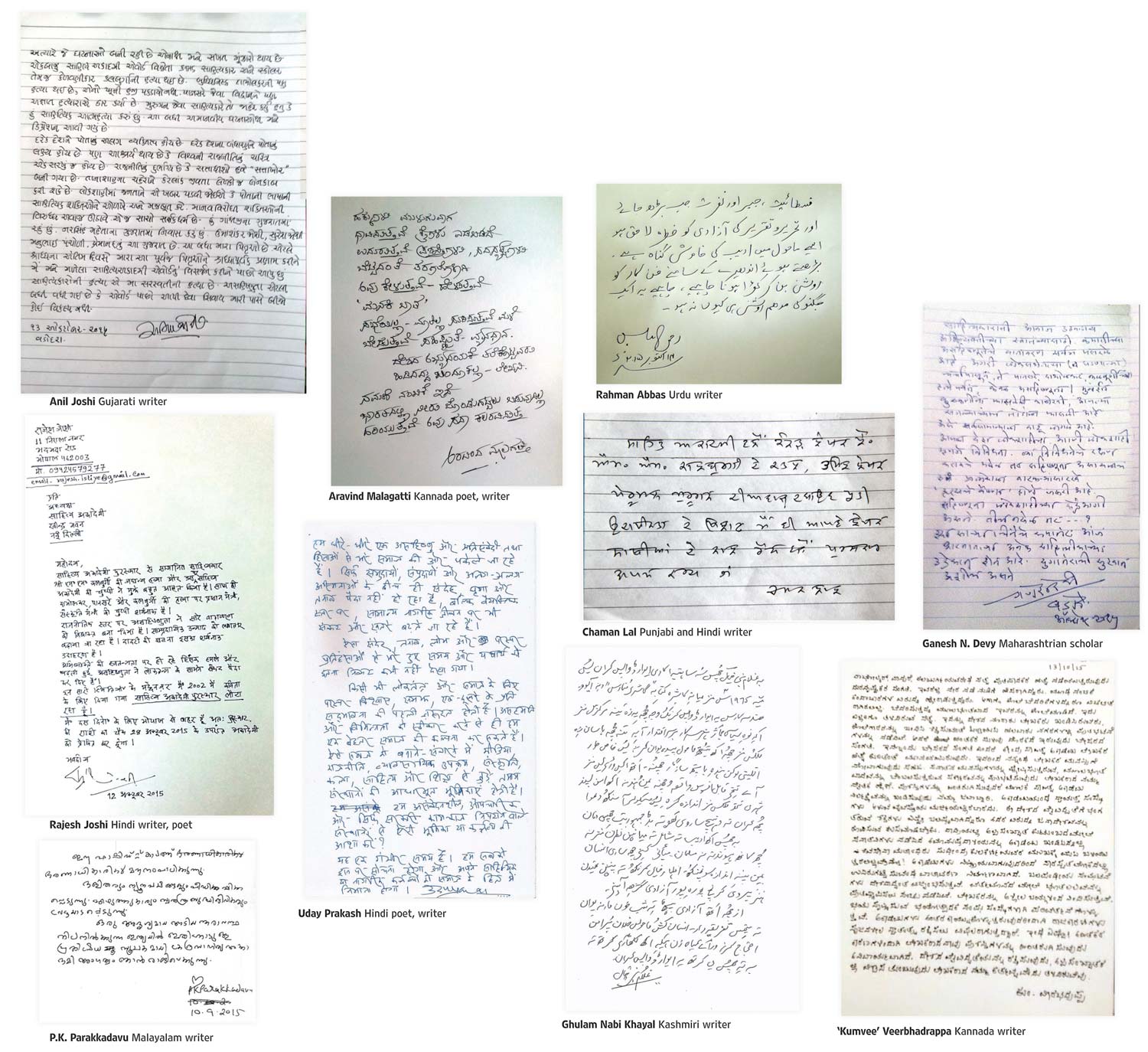