The Inquisitor Of Maladies 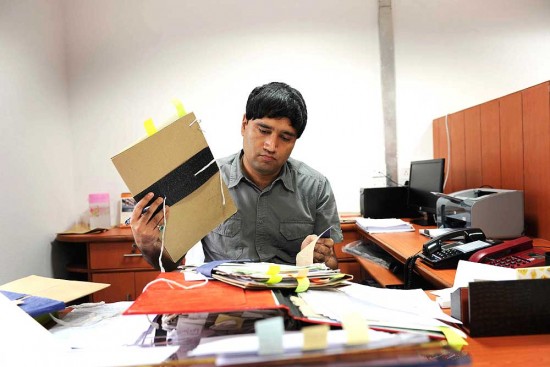 “On the one hand, the prime minister has declared, ‘Na khaoonga, na khaane doonga’ and on the other hand, in the most prestigious medical institute in the country, right here in Delhi, certain corrupt elements succeed in achieving what they could not in the past two years.” Thus reads an angry letter dated August 16 to Union health minister Dr Harsh Vardhan. It’s from Sanjiv Chatur­vedi, chief vigilance officer (CVO) at the All India Institute of Medical Sciences (AIIMS), Delhi. Chaturvedi wants the ministry to withdraw its order—issued the same day—relieving him of his charge. His term, rudely cut short, is originally scheduled to end in mid-2016. He also seeks a CBI inquiry into his complaints and a comparative evaluation of his and his predecessors’ performance. The shunting-out had clearly left the CVO nettled, and he’s got a fair bit of backing. AIIMS staff expressed support for him in public; the Aam Aadmi Party held protests backing him; the AIIMS students union demanded his reinstatement; the media too pleaded his case. As a forest service officer, Chaturvedi comes under the Union environment ministry. It has given him a clean chit in a letter to the health ministry, where he is on deputation.

Initially, Vardhan fended off questions, saying the order against Chaturvedi was a routine, administrative matter. Later, he said the administrative structure was being reviewed, hence the order. Facing unending criticism, Vardhan finally tweeted that Chaturvedi’s appointment itself had been illegal and undeserved. Chaturvedi filed an RTI application demanding documents to substantiate the minister’s allegation. He also requested permission to speak to the media to defend himself against personal aspersions being cast on him. Since then, the minister has been silent.