The Keeper There Wasn’t

Fate and flaw conspired to keep egalitarian football at the margins in India. Cricket—race-erected, race-directed—flourished under post-colonial patronage. 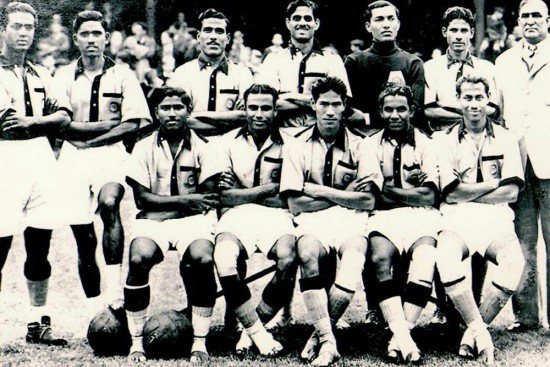 Imagine that on January 26, 1950, India on becoming a republic leaves the Commonwealth. Six months later, the ICC meet and downgrade India from provisional member to non-member. However, even as they come to this decision, Indian footballers, playing with boots, are taking part in soccer’s first World Cup since the Second World War—the ICC meeting took place in the middle of the World Cup in Brazil. And, building on the impression they had created in the 1948 Olympics football tournament, they make a mark on the biggest world stage for team sports. Indian cricket, on the other hand, cut off from the world, withers. Ifs are fascinating because they allow speculation without being tested by reality. But we need to appreciate how fragile Indian cricket was in much of the 1950s and how much stronger Indian football was.

By 1950, India had toured England three times and completed a tour of Australia. But there had been no Indian cricket contact with New Zealand. There had been a home Test series against the West Indies but no visit to the Caribbean. Australia had not toured India. There was, of course, no question of contact with the White South Africans, who wanted nothing to do with non-White nations.