The Khanate Without End

A journey extraordinaire. Twenty-five years on, Shahrukh Khan stays at the top effortlessly, retaining an insatiable hunger for excellence in his craft. 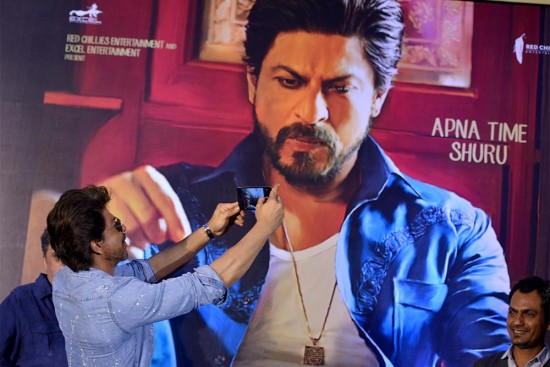 The best tributes to a superstar are perhaps those that were never heard much. Paradoxically for a kind of human figure that looms everywhere for millions of people—in remembered scenes, on billboards, in an abstracted sort of public consciousness—these may be spoken in intimate spaces, to friends or family, perhaps even to themselves. No one will know, for instance, what endearments to SRK may have been uttered by the wife and daughter of Farid Khan Sherani, the man who lost his life in the melee at Baroda railway station. He had taken his family, fans of Shahrukh Khan, to see the star as he passed by on August Kranti Express in a promotional rail yatra. Whatever they were, those words would have joined innumerable others, offered in joy and rapture, to an actor who’s now touching an incredible quarter-century at the top.