The Last Waltz In Williamsburg

The PM did not really comprehend the devaluation package negotiated by experts. Her instincts told her there would be a political recoil. But she was persuaded otherwise. 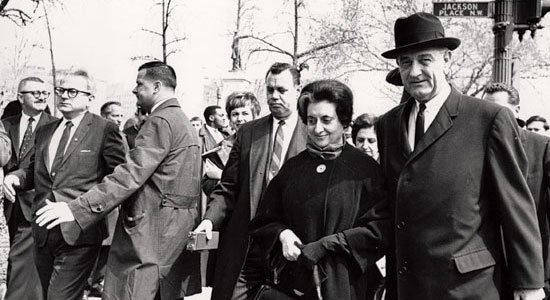 In his forthcoming memoirs, First Draft: The Making of Modern India, B.G. Verghese, distinguished journalist, Magsaysay Award winner and champion of human rights, recalls the period when he was media advisor (1966-69) to Indira Gandhi during her first stint as prime minister. In this exclusive extract (from the chapter ‘Madam, Prime Minister, Sir’), he  provides a riveting, first-hand account of one of the first challenges the untested Indira had to face—the devaluation of the rupee—and how the episode became “a psychological turning point that was to shape her future attitude”.

One of the first things I had been told in great confidence by Asoka Mehta and C. Subramaniam (members of Mrs Gandhi’s so-called “kitchen cabinet”) on joining as information advisor to the prime minister (in February 1966) was that the government was soon to devalue the rupee as part of a larger package of reform and aid. The decision had been taken in Shastri’s time, but had been put off on account of the Indo-Pakistan war and Shastri’s sudden demise. The decision was linked to the foreign exchange and food crises. Action by the government was to be matched by a substantial aid package to sustain the programme. Only eight or ten persons were in the know, all others being kept out of the loop though it would be important to prepare the ground and counter the expected backlash. The prime minister was to visit the United States on March 19 to tie up the aid package with the US president, Lyndon B. Johnson, who was willing to assist on conditions that ensured performance. The secretary to the PM, L.K. Jha, asked me to go to the US in advance, in order to ‘sniff the air’ and chat up the media.