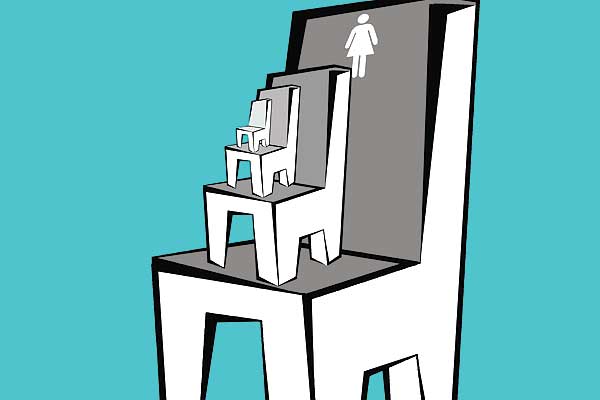 The hypocrisy inherent in the public discourse on reservation for women in the Lok Sabha and state assemblies matches in scale the radical nature of this measure expressed in the Constitution (108th Amendment) Bill, 2008. The truth of this assertion becomes palpable if you were told that a large section of cheerleaders of women’s reservation consists of those who ignited the fire of hatred over the V.P. Singh government’s decision to implement the Mandal report, deliberately stoking it until the leaping flames consumed many an innocent soul. Once the stratagem of employing the shocking sight of self-immolations failed to prevent the implementation of Mandal, there arose a whisper demanding preference to the poorer among OBCs in the job quota reserved for them. It was then argued, shouldn’t an OBC peon’s children be given preference over those of an OBC IAS official?

This sentiment was subsequently expressed and formalised through a Supreme Court judgement ordering the exclusion of what it called the creamy layer. Through an executive order, children of certain grades of government servants or those whose parents’ annual income exceeded a certain limit were placed outside the ambit of reservation. This measure was hailed as a triumph of judicial sagacity, obviating as it did the possibility of the privileged among the OBCs cornering the benefits of reservation in perpetuity.