A stalking victim finds unsolicited support from her caste khap. Here’s why it signals no gender-just turn. 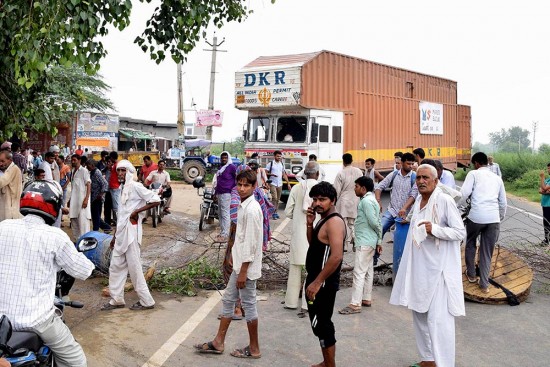 Haryana’s khap panchayats are in the news again, this time for a rather unusual reason. The Kundu khap, a self-regula­ted caste panchayat of the Kundu Jat clan, hit the Rohtak-­Jind highway last week demanding justice—hold your breath—for a young woman. Vernika Kundu, a young DJ from Chandigarh, was rec­ently stalked by two men and later complained that the police had wat­ered down charges against the ­alleged stalkers. The Kundu khap warned the Haryana government of a wider agitation unless kidnapping charges were restored.

Quite in contrast to the stand taken by the Kundu khap in the Chandigarh case, Haryana’s khaps have earned a bad reputation due to their harsh diktats against women and young people. Khaps wield considerable influence over society wherever Jats are the dominant caste, and the institution has inv­ited opprobrium for imposing sanctions defending caste orthodoxy from social change. In fact, the word ‘khap’ is most closely associated in the public mind with the phrase ‘honour killing’—brutal, cold-blooded murders of couples who seek to marry outside their caste, or within the gotra (clan), whose members are considered by the khaps to be consanguinous either by actual kinship or historically close ties.