The Patidar quota stir may yet spin off in dangerous directions 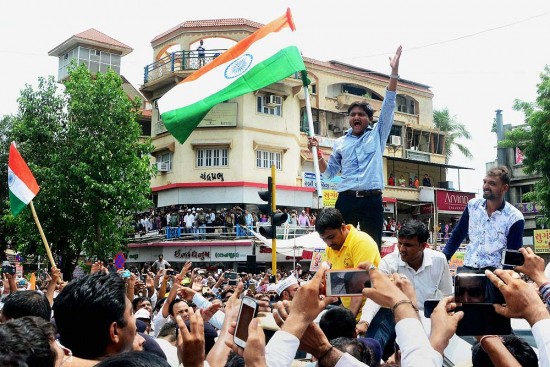 A cartoon in the Indian Express said it all: Amit Shah in caricature, being told that he had promised to make a Gujarat out of Bihar and had instead made a Bihar out of Gujarat. Indeed, an agitation for caste-based reservations by the powerful Patel community has roiled a state that used to be held up by former chief minister Narendra Modi as a model of development. His protege, present CM Anandi­ben Patel, is having to contend with a quota agitation by her powerful Patel community that threatens to spin out of control. It evokes smoke-billowing pictures of past protests: buses burning, mobs rioting, police going berserk with lathis, teargas and bullets. Already, some ten people have died in police firing. Some 150 buses were burnt or damaged and government offices attacked by protesters. The targeting of policemen and the burning of police stations has forced Anandiben to call for central forces and army reinforcements.