The Plough & The Gun

Not many films have focused on the 1965 war. Upkar has more than made up for that lapse. 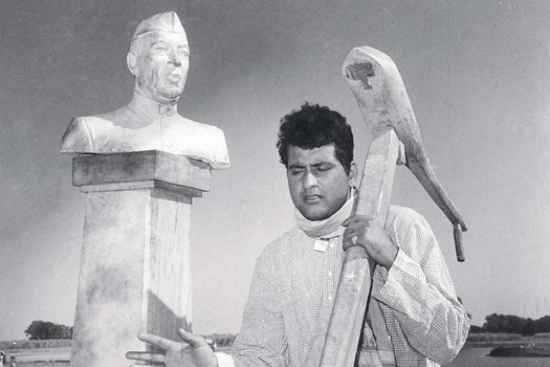 Of the many unconfirmed legends in the Hindi film industry, there is one involving India’s former prime minister Lal Bahadur Shastri, actor-filmmaker Manoj Kumar and their immense admiration for each other. Shastriji is said to have been highly impressed with Manoj Kumar in the role of Bhagat Singh in Shaheed, which was released in 1965, the year of India’s second war with Pakistan. Later, in 1967, Manoj Kumar came up with Upkar, bearing a strong signature of the 1965 war. It was a tribute to Shastri—who died in January 1966, after signing the Tashkent agreement—and Shastri’s slogan Jai jawan, jai kisan.

The story of Bharat (Manoj Kumar), a kisan who becomes a jawan to fight in the war, appealed to the ethos propagated by the prime minister and highlighted the peasant-soldier’s contribution to the progress of the nation in peace and on the battlefield. One scene creates a minor triumph of icono-propaganda by juxtaposing a gun against a plough. “The Indian soldier is still largely from the villages and quite often from peasant families, unlike the college-educated officers who command him,” says K.V. Ramesh, a movies, music technology and military history buff.