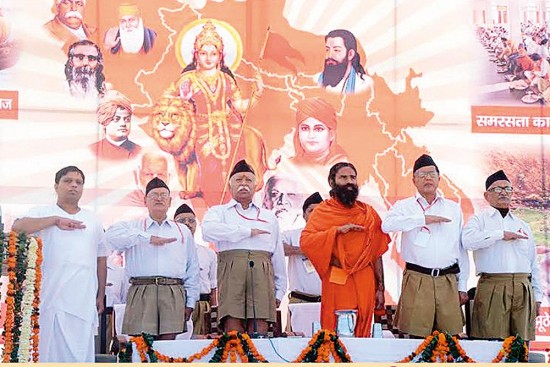 For those who know him, Baba Ramdev is a ‘suvidha sambandh visheshagya’. Roughly translated, that would mean an expert on relationships of convenience. Sample this: A year after the yoga guru literally stood on his head to support the BJP and Narendra Modi in the 2014 general elections, he was giving an interview on news channel Aaj Tak, not just calling BJP ministers “arrogant” but also lauding Rahul Gandhi’s efforts at reviving the Congress. Simultaneously, he was heaping praise on the BJP’s bete noire in Delhi, AAP leader and chief minister Arvind Kejriwal.

“All this is Ramdev’s delicate balancing act,” says an RSS insider. “He uses all his contacts as and when he needs them. And the same reflects in his blow-hot, blow-cold relationship with the BJP and RSS.” And to make his mark as entrepreneur, Ramdev would need more than just complex asanas—he would require political patronage of all kinds, all that he can summon.