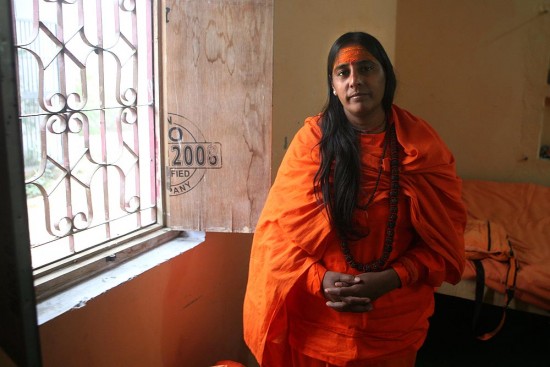 It’s the village where Mohammed Akhlaq was lynched on September 28 on a baseless rumour of beef-eating. It’s the temple from which loudspeakers were used to hail the lynchmob. And its new priestess, the 35-year-old Sadhvi Harsiddhi Giriji Maharaj, is determined to keep the village and the nondescript Shiva temple in controversy with a ‘purification’ ritual involving the use of gangajal and gaumutra, or cow urine.

For now, the district administration has staved off the ritual. But, as investigation continues three months on into the senseless killing and what provoked it, it’s unclear where the former priest, Sukhdas, who was present when the lynching happened, has disappeared and how the sadhvi came to take charge. In September, after Akhlaq was killed, Sukhdas had been detained by the police. He had told investigators that some villagers had forced him to open the temple gates and let them use the loudspeakers to rouse a crowd. He’d also said he was earlier in Gujarat and had come to the temple only in June.