The Resistance Of Campus ‘Naxals’

It’s not the 1960s, but radical students’ groups are still a thorn in the establishment’s side 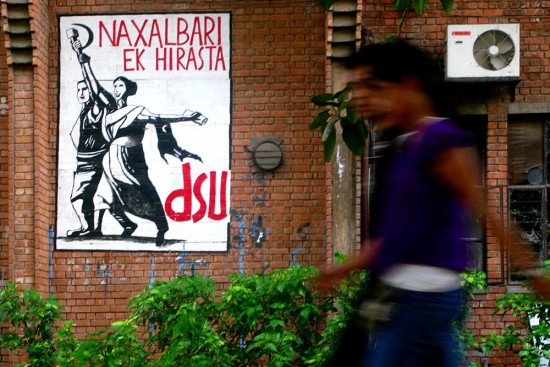 There are moments in politics that seem to soak up and crystallise a lot of diffuse strains of resentment floating in the air. January 17, 2016, brought one such, with the suicide of Rohith Vermula on a Hyderabad campus, his last notes serving as a withering, darkly poetic indictment of how things were. In its immediate wake came the February incident at Jawaharlal Nehru University (JNU). Radicalism was clearly alive in India’s academic zones.

To the casual observer, this youthful sector of oppositional politics may have seemed to be articulating a collage of iss­ues: caste, beef et al. One strand stood out as a particularly troubling canker for the mainstream, though—a seeming proximity to ‘Islamist’ causes, a capacity to extend solidarity to narratives that sat very uneasily with the established view. Vemula and his associates had already reportedly protested Yakub Memon’s hanging in mid-2015. The next year, on the anniversary of Afzal Guru’s hanging (February 9), students in JNU organised an event that soon turned into a heated countrywide debate on nationalism. Vemula’s face, as a new icon of dissent, was now joined to another volatile issue.