Can a Walmart ever match Indian jugaad? 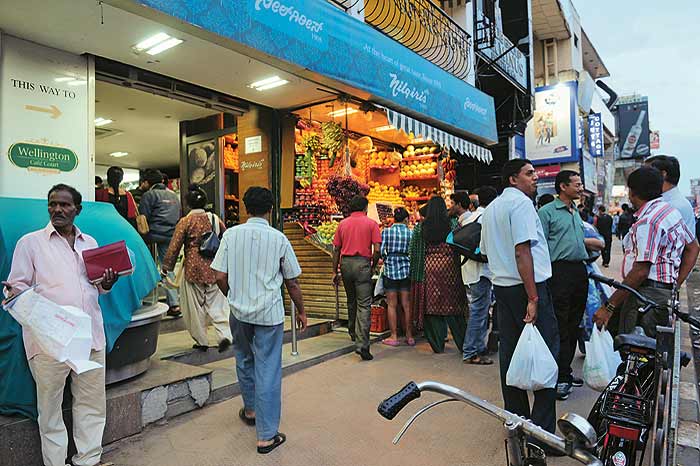 The century-old Nilgiris, south India’s oldest supermarket chain run by an Erode Mudaliar family, was sold to Actis, a private equity investor, in 2006. But within a couple of years, the original Mudaliar family had to return to run the flagship store on Brigade Road in Bangalore on a franchise basis. Many traders in the city cite this example to say that it takes a certain ‘local genius’ to run a retail operation in any Indian city and the entry of a Walmart or a Tesco therefore does not threaten their position.

When the mood in the country is against FDI in retail, the opinion in Bangalore, the home of organised retail, is filled with reasonable confidence and a degree of bravado. “Can anyone think of replacing niche chain stores like Namdhari’s and MK Retail? We should remember that our demographics are such that there is enough scope for the big and the small to coexist,” says the top executive of a retail chain, citing huge “cultural differences” that will protect the smaller stores. As homemaker Leela Kumar puts it, “The coexistence of the local and the global is on display even in traditional Bangalore localities like Malleswaram, where I live.”